The first round of the Women World Team Chess Championship appeared to be not an easy one for the favorites. A clear rating favorite in the match, China could overcome the ambitious Turkish squad only by a least margin. Kubra Ozturk on the second board took an upper hand on Zhao Xue and the first board game Betul Cemre Yildiz vs. Ju Wenjun ended in a draw. China managed to win the match only due to the victories on the lower boards.

The closest battle by rating was the Ukraine – India match. Here the teams exchanged the punches, Humpy Koneru won against Anna Ushenina on the first board and Rout Padmini lost to Natalia Zhukova on the last. A hard fought tie. 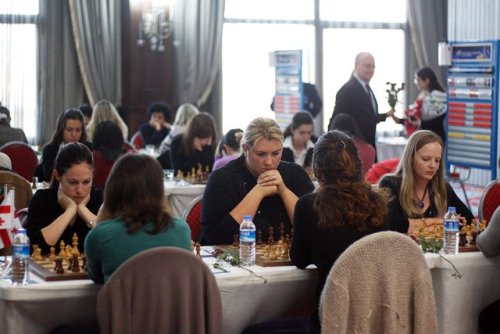 The 4th board was a good help for Russia to win against Vietnam – Valentina Gunina forced her opponent Hoang Thi Nhu Y to resign. The other games were drawn and Russian “sbornaya” won by a narrow margin.

Georgia and Armenia had the best result in the round one, not even half a point did they allow to their opponents, RSA and Greece respectively.

After the first round four teams are in the lead, these are Armenia, Georgia, Russia and China. 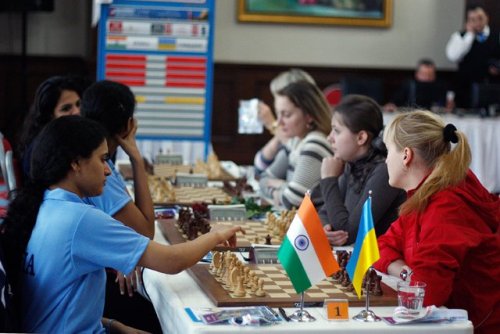 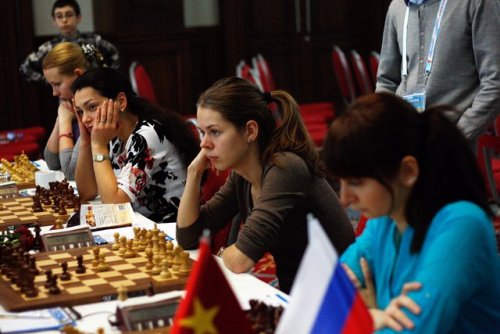 After the start of the first round, the journalists have joined the press-conference of the President of TCF Ali Nihat Yazici, FIDE Continental President for Africa Lakhdar Mazouz, the Governor of Mardin Turhan Ayvaz, the Mayor of Mardin Mehmet Beşir Ayanoğlu, the Deputy of Mardin Gönül Bekin Şahkulubey.

The Deputy of Mardin Gönül Bekin Şahkulubey expressed the will of the Mardin officials to organize other huge chess International events in the city and pointed that this is the first International sport event ever organized in Mardin.

The officials from the Chinese delegation also visited the conference – the President of Chinese chess federation and Vice General Secretary came to Mardin with their team. They prepared souvenirs for the officials of WWCF to thank them for the excellent organization. In return, the Head of Mardin presented the respectful guests a gold-covered souvenir platter. 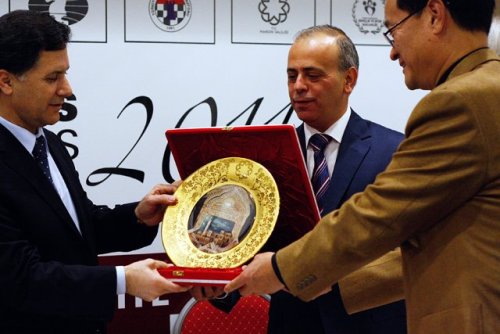