One of the central matches of the second round of the Women World Team Chess Championship was the encounter between Russia and Ukraine. After the start of the match, the result was not easy to predict due to the epic fight on all boards.

Deeper in the game Russia got an overall advantage that transformed first into the win of Valentina Gunina over Tatjana Vasilevich. The match victory was secured by Tatiana Kosintseva who took an upper hand against Maria Muzychuk. The games between Anna Ushenina and Nadezhda Kosintseva on the first board and Natalia Zhukova and Alexandra Kosteniuk on the third board were drawn for Russia to win 3-1 and remain in the lead.

Another important encounter between two leaders after round one – Georgia had a close match against Armenia and only the victory of Nana Dzagnidze against Elina Danielian on the first board contributed to an overall win. All the other games ended in draws. Georgia is another leader after round two. 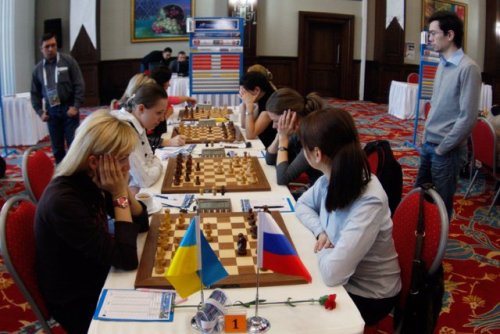 China convincingly won over RSA 4-0 and is the third joint leader.

India scored 3,5 against Turkey. Kubra Ozturk on the second board was again the hero of the team as she drew with Tania Sachdev who is rated nearly 200 points higher.

Finally, Vietnam won against Greece with the narrow margin – all draws but win of Hoang Thi Bao Tram vs. Marina Makropoulou on the second board.

After 2 rounds three teams have won both matches and have 4 match points: Georgia, China, Russia. India has 3 match points. Armenia and Vietnam have 2 match points, Ukraine – 1. Turkey, Greece and RSA are still without points. 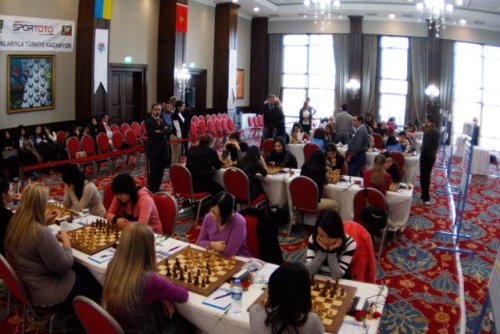 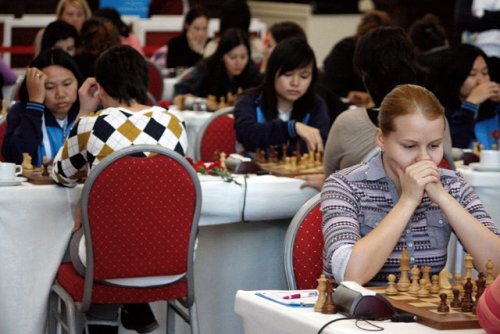 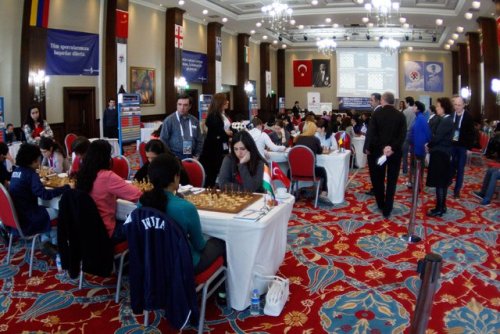