Georgia lost to Vietnam 1-3 in the third round of the Women World Team Chess Championship as Lela Javakhishvili on the second board gave it up to Hoang Thi Bao Tram and Nino Khurtsidze lost to Hoang Thi Nhu Y on the fourth board. The encounters on the first and third boards ended in draws.

Turkey took an upper hand on Ukraine due to a great performance of the first two boards – Betul Yildiz won against Anna Ushenina and Kubra Ozturk made Inna Gaponenko resign. Natalia Zhukova could not get more than a draw from Kardelen Cemhan on the third board. The victory of Tatiana Vasilevich over Ebru Kaplan did not matter much, as Turkey secured 2.5-1.5 overall win and scored first 2 match points.

Russia could not overcome the resistance of Greece. The teams exchanged punches on the boards 3 and 4 – Valentina Gunina scored against Ekaterini Fakhiridou while Ekaterini Pavlidou won against Natalia Pogonina. Kosintseva sisters drew against Yelena Dembo and Marina Makropoulou. The first match point for Greece! 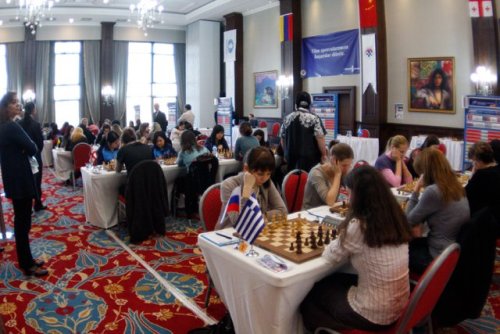 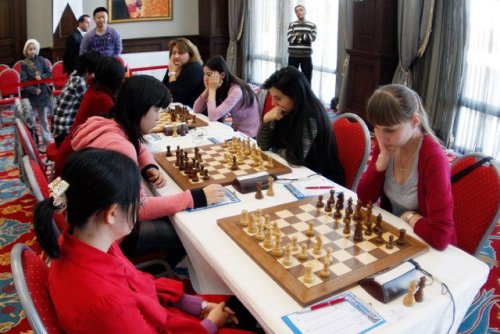 As the rates of the European teams’ chess “actions” fell, Asia is on the raise – India crushed RSA 4-0 and China did not leave any single point to Armenia (4-0) to become a sole leader of the event!

After 3 rounds China is ahead of the field with 6 match points. India and Russia have 5 match points, Georgia and Vietnam – 4, Armenia and Turkey – 2, Ukraine and Greece – 1, RSA – 0.

Round 1 report / Round 2 report 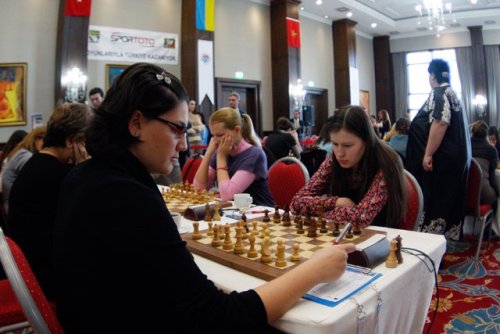 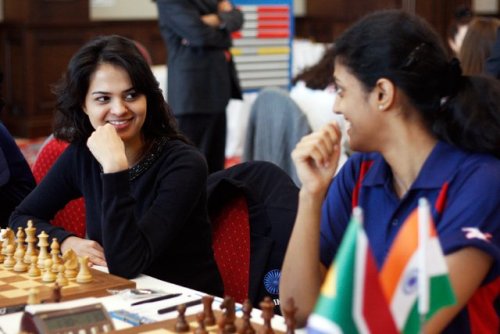 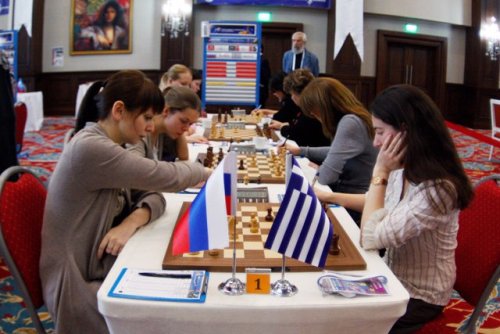 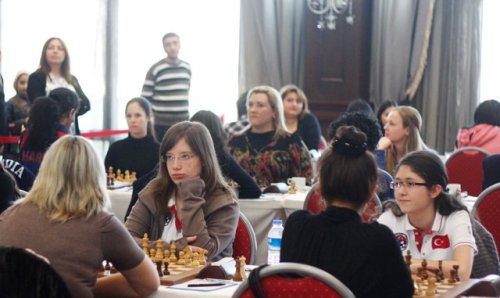 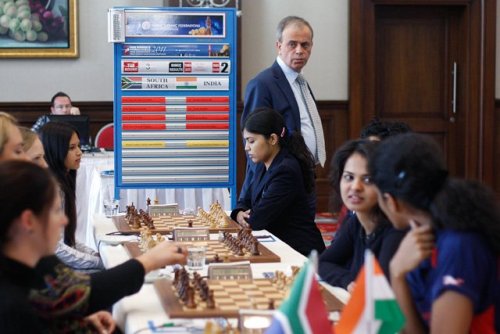