China won another match in the sixth round of the Women World Team Chess Championship, this time against Greece. However, Greek players made two draws with white (and from the position of strength): Marina Makropoulou against Ju Wenjun on the second board and Ekaterini Pavlidou vs. Tan Zhongyi on the fourth.

Chinese are now 3 match points ahead of runner up India, as the latter lost to Russia in a tough encounter. Humpy Koneru – Nadezhda Kosintseva and Harika Dronovalli – Tatiana Kosintseva ended in draws. However, Russia clinched the match on the lower boards: Valentina Gunina won against Tania Sachdev and Natalia Pogonina against Soumya Swaminathan. Russia celebrated 3-1 victory to join Georgia on the third rank. 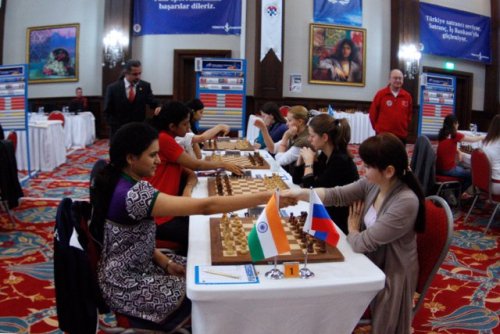 Ukraine vs. Georgia was a close match with chances for both sides. Each team scored one win: Bela Khotenashvili was stronger than Mariya Muzychuk and Natalia Zhukova overtook Nino Khurtsidze. This draw probably left Ukraine without medals.

RSA could not make a surprise against Armenia, losing 0-4. 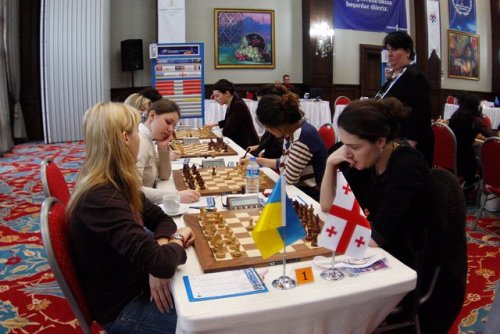 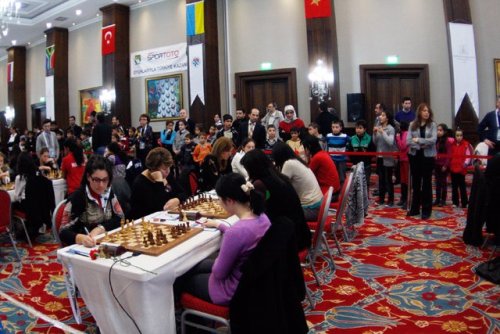 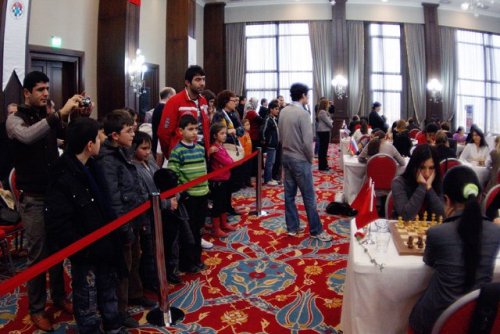 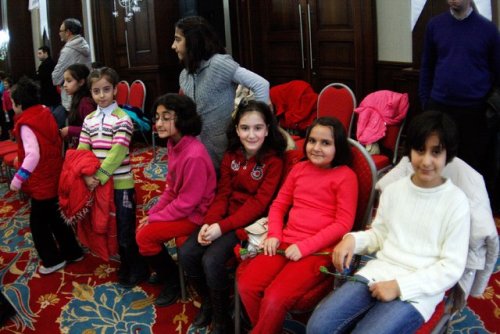