China defeated Georgia in the 7th round of the Women World Team Chess Championship and continues to lead with the perfect score. Ju Wenjun won against Lela Javakhishvili on the second board and Zhao Xue won against Bela Khotenashvili on the third.

Greece put up a strong resistance against the favoured India. In the final position the leader of Greek team Yelena Dembo had an advantage against Humpy Koneru, but agreed to a draw. Two more games were drawn, despite the rating difference. Only a victory of Harika Dronavalli against Marina Makropoulou helped India to take 2 match points.

Russia won against Turkey 3-1. However, the second board of Turkish squad Kubra Ozturk became a Grandmaster by winning the game against Tatiana Kosintseva. Ozturk had all the norms completed and needed only the rating points. Kubra becomes the second Turkish-born women Grandmaster in the home country of the championship. 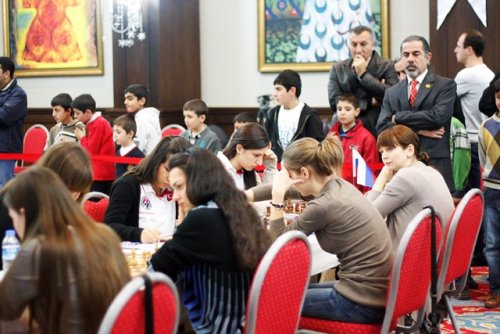 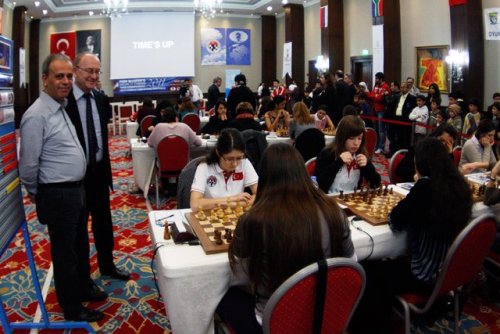 Ukraine took an upper hand on Armenia 2.5-1.5 in an uncompromising battle. Elina Danielian won against Anna Ushenina, but Mariya Muzychuk and Inna Gaponenko struck back by winning against Lilit Mkrtchian and Lilit Galojan respectively. The last board game ended in a draw. 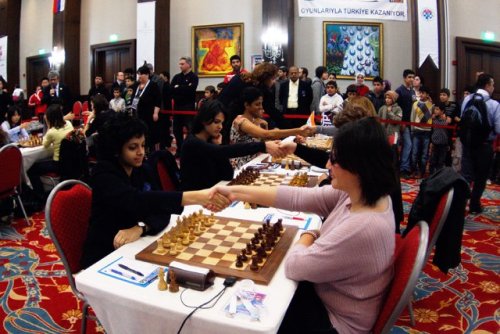 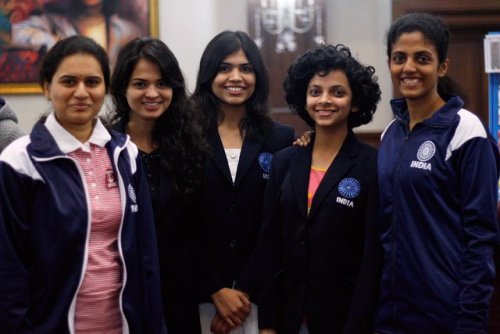