The match of Kosintseva sisters lived up to the expectations and was the most tense and dramatic in the 3rd round of the Women’s World Chess Championship.

The elder sister dominated in the first rapid game: she obtained an opening advantage, and her play was accurate and energetic, which forced the younger sister to spend more and more time.

Tatiana defended imprecisely in the time trouble, and eventually had to resign. However, in the second game Tatiana demonstrated her character and equalized the score with Black. 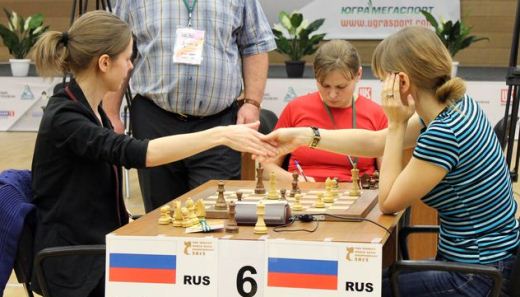 In the first 10-minute game she played White and got an advantage, but spoiled it later in a very complicated game and lost.

Nadezhda defended very well in the second 10-minute game and parried all dangerous threats created by her sister. Black was eventually forced to go for a draw, and Nadezhda won the match 2.5-1.5.

Natalia Zhukova (Ukraine) lost the first game to Ju Wenjun. The Chinese, playing White, got a promising position after the opening, sized more space and controlled the open files. After the queen exchange White won a pawn, and her material advantage was the decisive factor in the endgame. 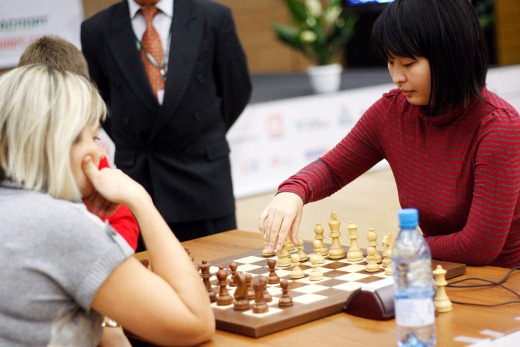 The Ukrainian was unable to come back in the second game, where she initiated a sharp struggle, but cracked under time pressure. Ju Wenjun forced a draw by perpetual and advanced to the quarterfinals.

Reigning China’s champion Huang Qian (China) knocked out Irina Krush (USA) in similar fashion. Krush was forced to defend an unpleasant position in the first game, blundered in the end and had to resign. In the second game the Chinese equalized as Black and held the draw, which allowed her to advance. 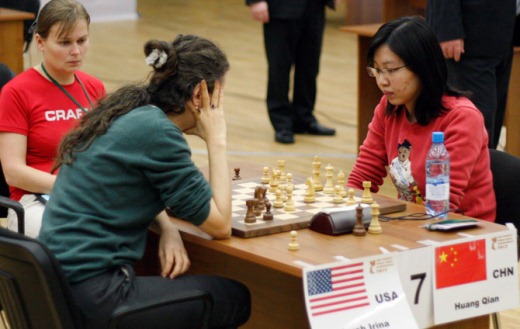 Vassily Filipenko, mayor of Khanty-Mansiysk and president of Ugra Chess Federation, visited the press-center and answered the journalists’ questions for more than an hour. 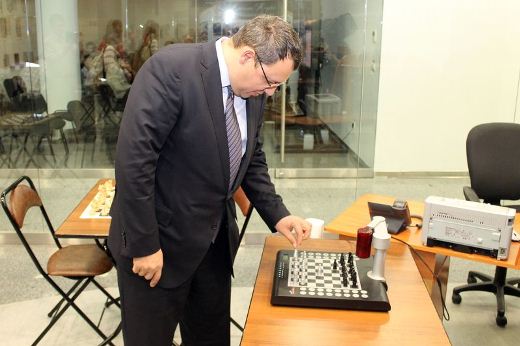 After the press-conference the mayor invited everybody to a small excursion around Ugra Chess Academy, and played an exhibition game with a chess automaton.