The three tie-break matches of the Women’s World Chess Championship quarterfinals were played on Thursday. Earlier, Anna Ushenina from Ukraine secured the seat in semifinals with a victory in the games with classical time rate.

Antoaneta Stefanova (Bulgaria) convincingly defeated Marie Sebag (France). In the first game of the match emotions took over logic, and the spectators witnessed a completely crazy game with brilliant moves and horrible blunders coming from both sides at an alarming rate. 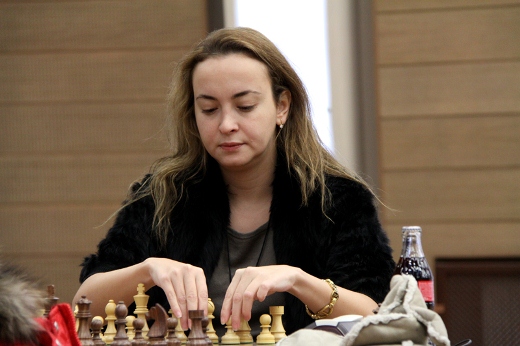 Finally the French player got an overwhelming position with an extra piece, but the Bulgarian kept cool and capitalized on her opponent’s final blunder by promoting a passed pawn. Sebag had to return material, ended up down an exchange and resigned.

The second game was one-sided, and Stefanova won thus wrapping up the match 2-0. The former World Champion advanced to the semifinal. 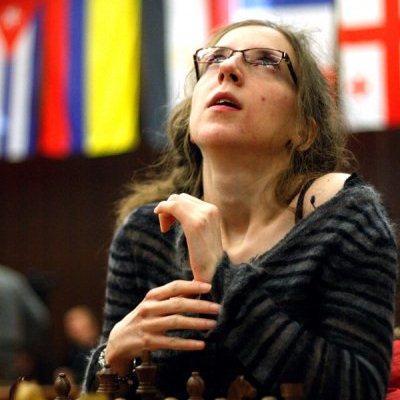 The match between Harika Dronavalli (India) and Zhao Xue (China) was just as tense. The Chinese, playing White in the first game, got a promising position, but her hesitation allowed the opponent to advance her passed pawn a bit too far. Harika combined threats in the center and on the kingside, and finished the game with a nice attack against the king.

In the second game the Indian got an opening advantage, pushed in the middlegame, and found the right moment to transpose to a drawn ending, as she was content with a draw.

Harika won the match 1.5-0.5 and looked very happy at the press-conference. She thanked her parents, friends, trainers, and especially her grandmother, who also came to Khanty-Mansiysk. 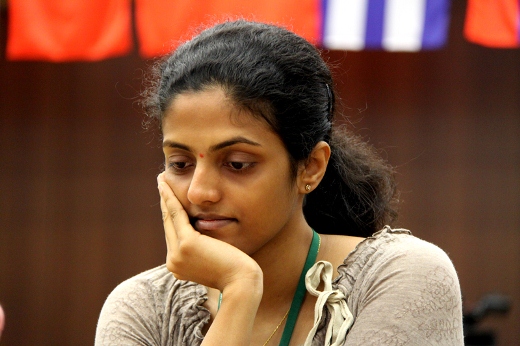 The Chinese Ju Wenjun and Huang Qian were unable to determine the winner in rapid games, drawing both after very tenacious struggle. In the first 10-minute game Ju Wenjun had a big advantage and excellent winning chances, but misplayed in the end, allowing the opponent to make a draw.

The second game was also a roller coaster ride: Huang Qian obtained a big advantage with complete domination on the board, but then made several mistakes, and Black turned the tables. Ju Wenjun played flawlessly for the rest of the game, and secured the match victory.

Ju Wenjun commented: “Today I was lucky – in the last game my opponent had a big advantage on the 20th move, and was very short on time. I am really happy that I managed to win that position!” 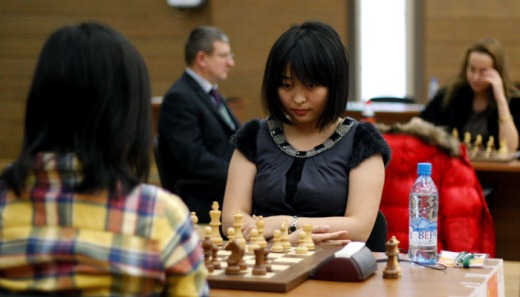