In the first tie-break game Anna Ushenina, playing White, got an overwhelming position after the opening. Ju Wenjun had to sacrifice a piece in order to save her king from White’s attack. Black had some counterplay, but White calmly parried all threats, and soon the Chinese resigned.

In the second game Ju Wenjun got a better position, and Black sacrificed a pawn to avoid bigger trouble. White responded by sacrificing an exchange for two pawns, and had decent winning chances in the resulting position. However, she missed a number of winning continuations due to a time trouble, and Ushenina saved the game with accurate defending. 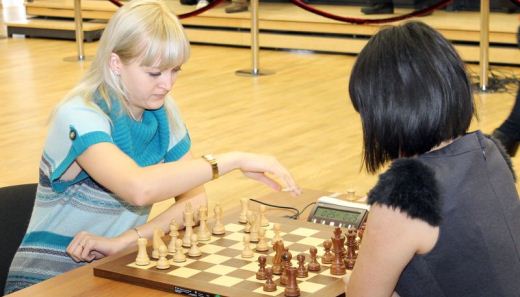 Today, November 25, the bronze medals for Harika Dronavalli (India) and Ju Wenjun (China) were awarded. The prizes were presented by the mayor Khanty-Mansiysk, the President of Ugra Chess Federation Vassily Filipenko. 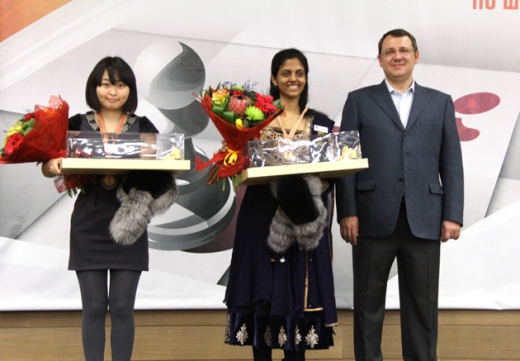 Tomorrow, November 26, is a rest day.