The Ukrainian had White. In a well-known opening variation White had certain initiative, but Black’s position was very solid. After the game Anna Ushenina said that she expected this opening, although her opponent does not use it often.

After the opening Antoaneta Stefanova offered a draw, but Ushenina declined and, as she confessed at the press-conference, overreacted, weakening her king too much. Soon Black won a pawn and got excellent winning chances. 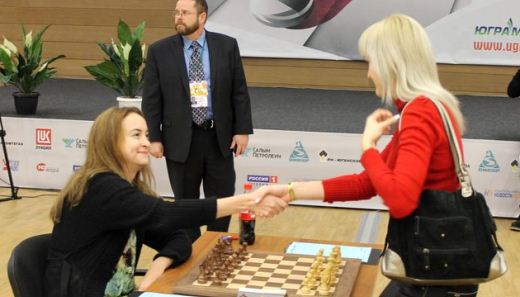 However, Stefanova, being under time pressure, made a mistake on the 31st move, moving the f-pawn and weakening her king as well. White activated her queen and rook, and within the next few moves Black’s advantage evaporated. In five more moves the players agreed to a draw.