Sixty-four chess players from 28 countries are taking part in the knockout context, which lasts until 7 April.

The matches will consist of two games with a time control of 40 moves in 90 minutes and 30 minutes to complete the game, with an additional 30 seconds for every move, starting with the first. The final will consist of 4 games.

Chess fans who follow the tournament will at the same time be visiting a virtual art gallery. An exhibition dedicated to the Second World War as reflected in the works of Russian artists has been timed to coincide with the 70th anniversary of victory over fascist Germany.

Pictures and sculptures created in various styles and genres have been provided by the Art Russe foundation, which undertakes educational projects to support and promote twentieth-century Russian art. The virtual exhibition has been organised as part of the cooperation agreement signed last week between the foundation and the Russian Chess Federation.

Each of the works that will be displayed in the virtual exhibition conveys the artists’ experience of the tragic and heroic events of the Great Patriotic War. Practically all the artists served at the front or were war children.

For example, Freedom!, painted in 1962, reflects the personal experience of Evsey Moiseenko, a master of the Leningrad school of painting who volunteered to serve at the front, was captured and spent three-and-a-half years in fascist concentration camps. 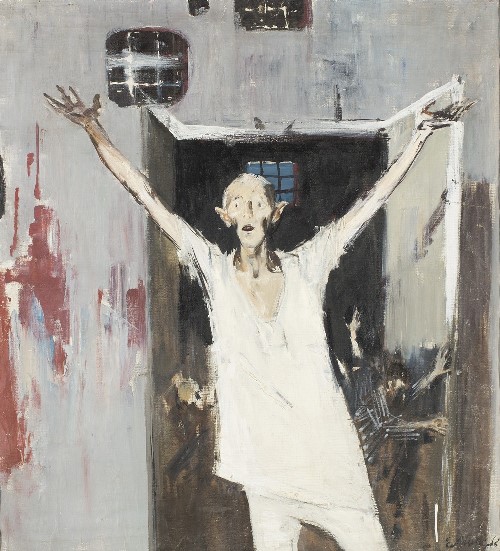 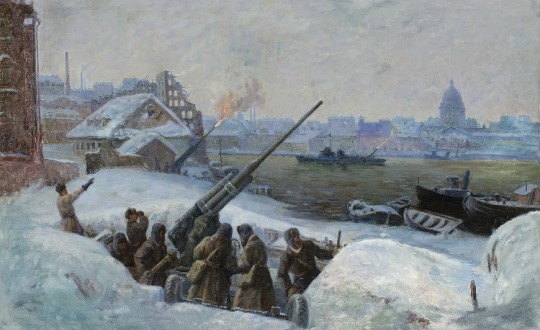 The Defence of Leningrad

The diptych The Deserter and the Laundress and The Reunion by Gely Korzhev portray the war as a personal event in an individual’s life; a national tragedy is seen through the prism of a personal drama. 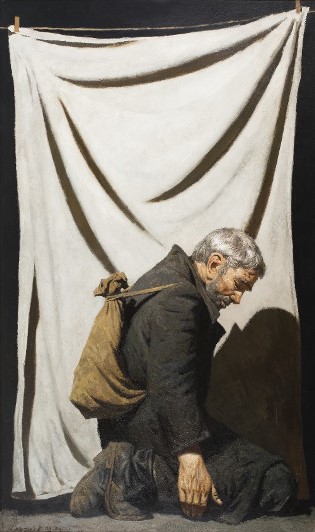 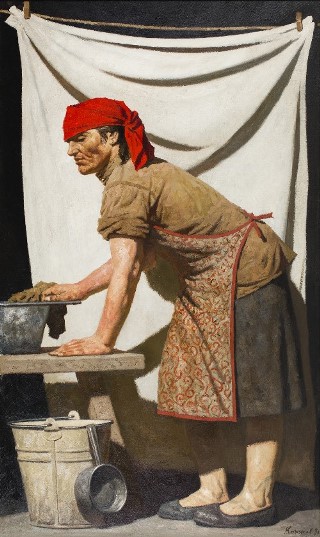 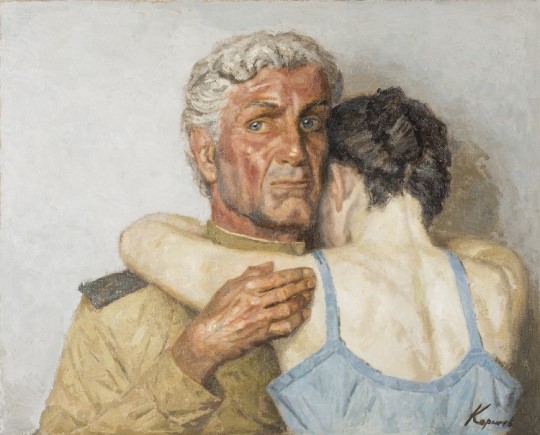 Visitors will see miniature copies by the sculptor Yevgeny Vuchetich of his monuments The Motherland Calls and Soldier with Little Girl.

The bronze The Motherland Calls is a copy of the monument erected on Mamayev Kurgan in memory of the Battle of Stalingrad, one of the bloodiest battles in the Second World War, which marked the first global defeat of the Nazis and the first step towards the long-awaited victory. 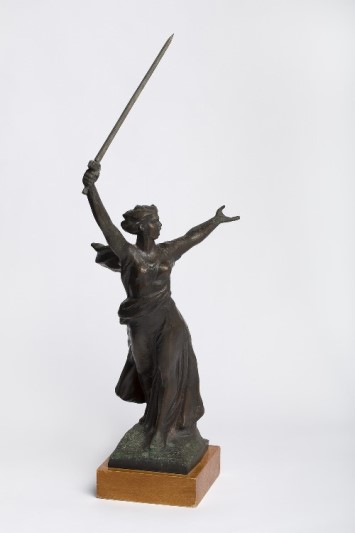 Soldier with Little Girl is a model of the central feature in the monument to the heroes of the Soviet Army which is located in the Treptow Park memorial complex in Berlin.

The originals of the works to be featured in the video broadcast are on display in London in the “Exploring the legacy of World War II in Russian Art” exhibition.

The opening of this exhibition on 12 March 2016 at the Saatchi Gallery was a significant event in the cultural life of the British capital. The ceremony was honoured by the attendance of heroes of the Second World War – British veterans of the Arctic convoys.

Alexander Yakovenko, Ambassador Extraordinary and Plenipotentiary of the Russian Federation in the United Kingdom of Great Britain and Northern Ireland, who opened the exhibition, noted that it was very significant that these pictures would be displayed in the broadcast of the FIDE Women’s World Championship.

The exhibition had 3,779 visitors in its first three days.