On Wednesday 32 participants of the Women’s World Championship, who won their first round matches, played the first games of the second round.

There were fewer decisive games compared to the first round, and the reason is obvious – the strength gap between the players is now much narrower.

Yet the World Champion Hou Yifan (China) once again proved her power by winning as Black against the experienced Monika Socko (Poland). 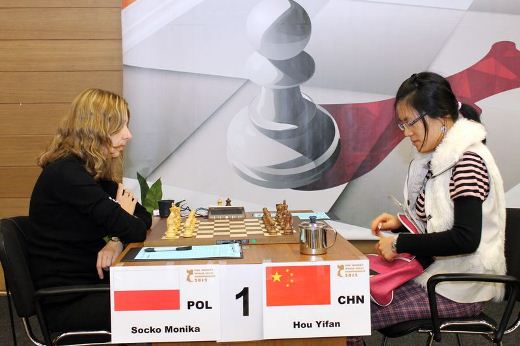 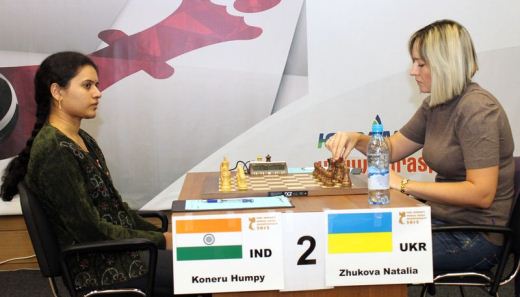 There are two all-Russian pairs in the second round: Alisa Galliamova plays with Valentina Gunina, and Alexandra Kosteniuk faces Natalia Pogonina. These games also ended in draws, despite being the longest in the round. 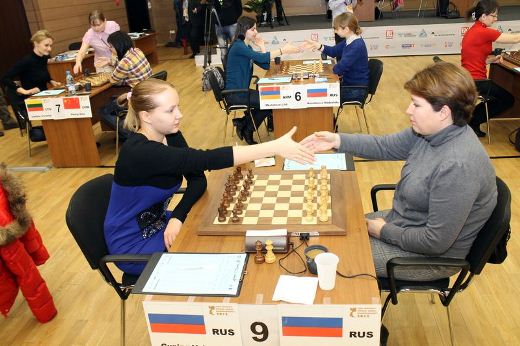 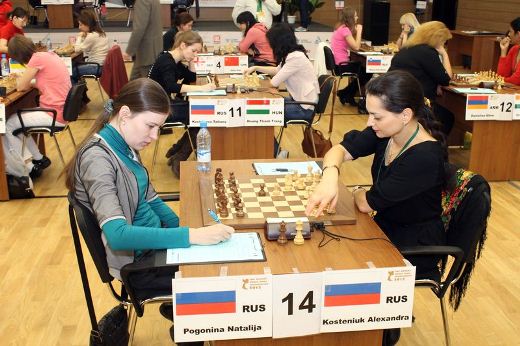 The 8th Ugra Governor Cup starts tomorrow in Khanty-Mansiysk. This is a part of the Russian Cup series, the prize fund is 1 million 641 thousand rubles, which is slightly more than $50,000. 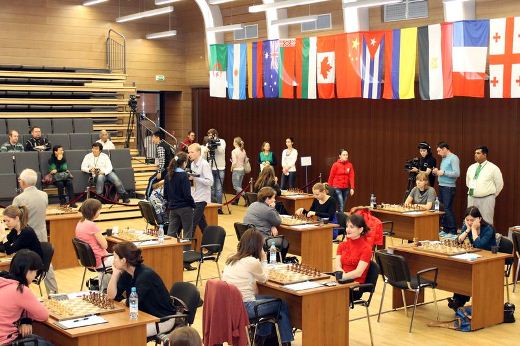 The playing hall in Khanty-Mansiysk

Evgenia Ovod (Russia) and Madina Davletbaeva (Kazakhstan), who already busted from the World Championship, will join the field as well. The tournament will run until November 24th.