Antoaneta Stefanova from Bulgaria took the lead against the Indian Harika Dronavalli, winning the first game of the match with White pieces. The former World Champion got a promising position after the opening. After lengthy maneuvering White made a break on the kingside and won a pawn.

Black still had drawing chances and could equalize with accurate defending, but Harika impatiently went for a sharp counterattack. She sacrificed another pawn and then a piece, but miscalculated and did not get sufficient compensation for her losses.

Stefanova combined defensive moves with threats to the black king and finished the game with a nice tactical blow that inevitably led to a checkmate. 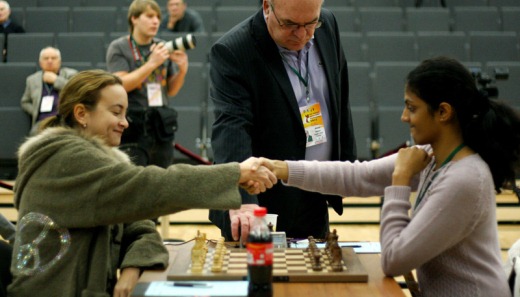 Anna Ushenina (Ukraine) trapped her opponent Ju Wenjun (China) in the opening to obtain an overwhelming advantage. The Chinese did not defend perfectly, and her position soon became critical.

However, the Ukrainian wrongly rejected the opponent’s exchange sacrifice, and Black managed to come back. A draw was agreed on the 28th move. 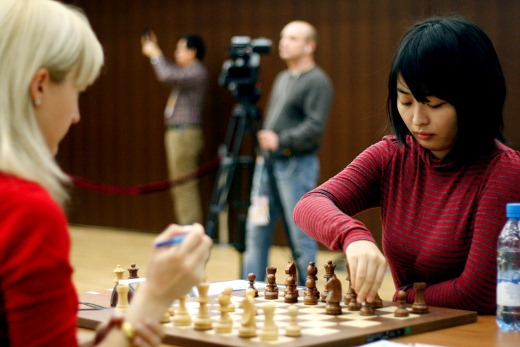