After winning the FIDE Rapid and Blitz Chess Championships to claim three titles in three formats, World Champion Magnus Carlsen continued to Armenia for a three-day visit where his host was World N2 Levon Aronian.

Carlsen visited the famous Tatev Monastery in Syunik province and participated in a number of promotional activities, that included a 20-board simul against Armenian juniors and blitz games with Deputies of the National Assembly of the Republic of Armenia.

The blitz games were played at the Cafesjian Center for the Arts in Yerevan. MP Tachat Vardapetyan is the only one who managed to win against the World Champion.

Carlsen and Aronian also met with the President of the Republic of Armenia Serzh Sargsyan. 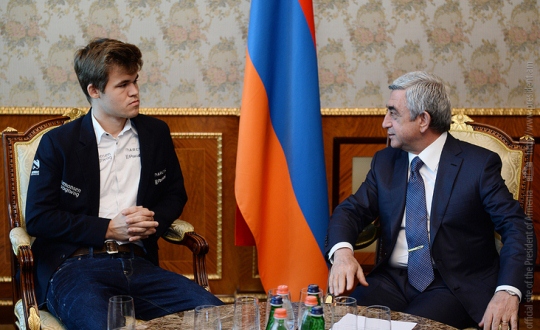 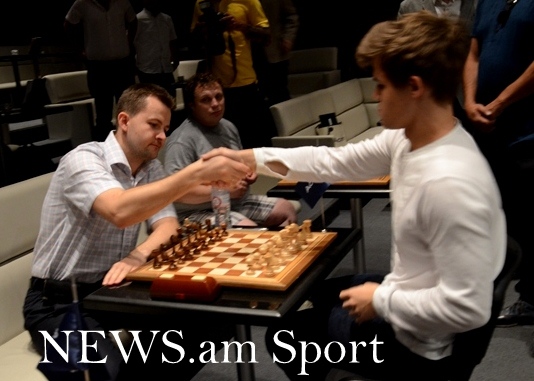 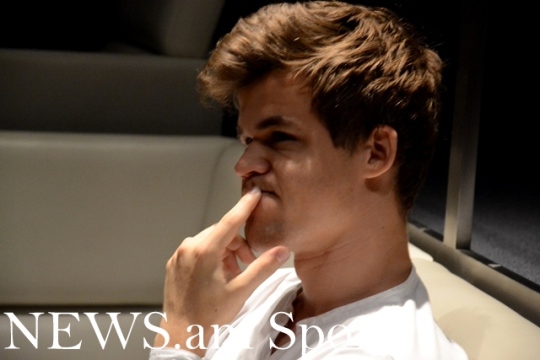 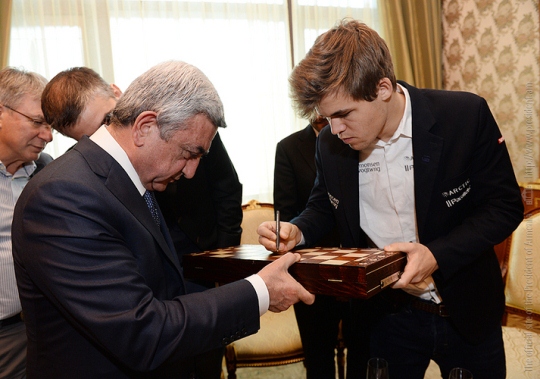 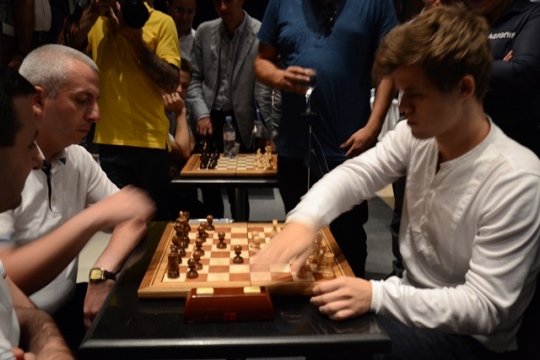