The champion received a 100,000 yuan reward and a valuable sapphire from the famous Shandong Jingzhi company.

Tan Zhongyi thanked Shandong Jingzhi for the reward and extended her gratitude to everyone who helped her excel in the world championship. She added it was a surprising success to win the title. She promised to work even harder for greater results.

On the same occasion, the China Chess Association and Shandong Jingzhi have signed an agreement of setting the King Chi Chess Development Fund for further support to chess. 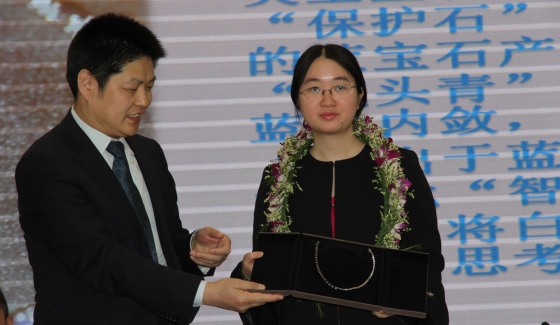