The World Chess Championship 2018 is the first in history that will have live analysis by a Neural Network. Carlsen – Caruana is going to be commented by Lc0 (aka Leela Chess Zero), the neural network project based on ideas of Alpha Zero by Google DeepMind.

The Lc0 Neural Network analysis of the World Chess Championship 2018 match, the most important chess event of the year, is now possible thanks to the work of a multitude of volunteers around the globe and the tests conducted during the regular season of the Top Chess Engine Championship

When will the Carlsen – Caruana match start?

Where to watch the World Championship 2018 live with Leela?

The top chess event of the year calls for a top notch website to follow it. For the occasion the TCEC admins have created a special design with all options that one can desire – a customizable board with night and day modes, a variety of boards and pieces style to choose from, evaluation graphs of the current Carlsen – Caruana live position, a sneak peek into Leela’s Neural Network thinking process, and a customizable chat. The broadcast will be available at this address and you can take a look at the live broadcast elements at the beta website

A Twitch Chess video channel will also be available, as embed in the webpage or as standalone commentary here, where a Grandmaster will also provide his thoughts and analysis in a live video.

What will be the hardware used?

On this ultra-strong hardware platform Leela’s analysis is expected to be in the 3500 Elo range, comparable to the strongest chess program/hardware combination ever created. Leela Chess Zero will have an interesting contribution compared to the standard chess engines – being a Neural Network, it possesses natural intuition and ability to consider the positional flow of the game and will be specifically useful with its potent positional analysis.

How much does it cost to watch?

As every event organized by Chessdom.com and TCEC, the World Chess Championship 2018 live broadcast with Leela analysis will be free to watch. The broadcast is powered by donations and the voluntary work of the TCEC staff. If you would like to help the Leela project to run on maximum GPU power, enhance further the user experience, or support the project, feel free to pass by the donation and support page of TCEC 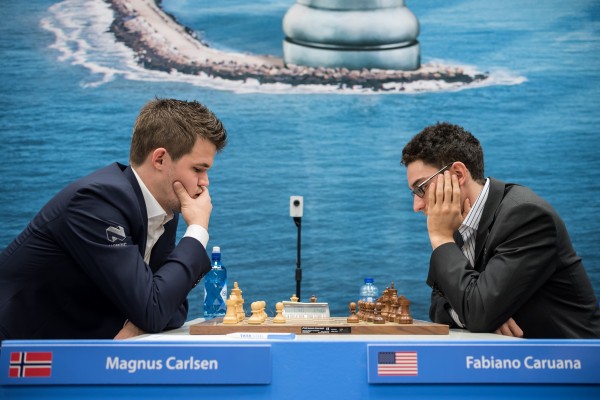