live commentary on Chessdom tomorrow at 11 CET, 5 am EST

Shirov – Kamsky will be the final match of the World Chess Cup 2007. Experience prevailed over youth in the second semi final match. Shirov eliminated Karjakin in the rapid tiebreaks to advance with a total score 2,5 – 1,5. This was the first tiebreak for Shirov for the whole competition and he handled it in a strong way, not letting the victory slip away. Here are the short profiles of the two finalists. 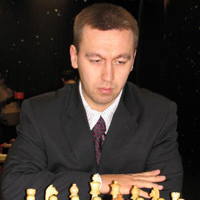 The US number 1 player Gata Kamsky was the first one to qualify for the final of the World Chess Cup. In the first round Kamsky had the difficult task to play with the Egyptian champion GM Ahmed Adly. Kamsky was held to a draw in the first game with white, but a nice reaction by the US player in the second game gave him the victory with black. The second round was like a replay of the first one. Kamsky faced Boris Avrukh to win with black and draw with white. In the third round we saw a nice tactical battle between Georgiev and Kamsky. Kamsky won the first game with white after giving a lection on the board of what a bad bishop in an endgame is. In the second game he stopped the Bulgarian player to walk away with the final victory 1,5 – 0,5.

The fourth round was the most difficult for Gata Kamsky. It was the only round where he entered into tiebreak. And it was not surprising since on the other side of the board was GM Peter Svidler – a top 10 chess GM who has gained more than 30 ELo ponints since the last update of the list. After two draws in the classical games, the match entered into the rapid tiebreak. The first game was saved by Svidler with black. However, Kamsky pulled out magic in the second game to win with black and bring the surprise of the round.

Kamsky followed a strict pattern in the quater and semi finals. He eliminated both Ponomariov and Carlsen winning his game with white and drawing the one with black. Against Ponomariov kamsky was rather lucky to draw the game with black since Ponomariov had a clear advantage. Unprecise moves by the Ukranian player gave Kamsky the draw and after victory with white he went to the semi final. There he managed to hold Magnu Carlsen for a draw in the first game. In the second he escaped the main line which got Carlsen into time trouble. Kamsky used that to presure the young player and Carlsen had to resing after the time control. 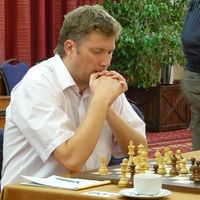 Alexei Shirov is for sure the most stable player of the competition. Until the semis he won all his matches in a convincing manner. The fire of Shirov was on the board from the first round with a comfortable 2-0 win over Robert Gwaze. In the second and third round he eliminated consecutively two of the best US players, Yuri Shulman and Alexaner Onishchuk. Shirov showed against them that he wins with any color and always strives for the victory from the very beginning. In the fourth round he pulled out the best of fire to crush Vladimir Akopian in the first game with black. In the second he played another sharp line which could have brought him the victory, but he agreed on a draw since it was enough to advance. Shirov eliminated any question about if he is aiming at the title with his victory in the quater finals. There he met Jakovenko for a convincing 2-0, thus becoming the player with most victories at the World Cup and the first one to qualify for the semis.

Shirov had to admit that the semi final match against Karjakin was the most difficult for him in the tournament. In the first game Karjakin comfortably stopped the Spaniard for a draw. The second game Shirov had blacks and chose a sharp line again. This time things did not work out as he expected and only very imprecise play by Karjakin gave him the chance to resolve the match in tiebreaks. There Shirov had no mercey, a win and a draw to avance to the final.