After the beautiful opening ceremony yesterday, the World Cup 2011 saw an exciting start on the boards today. The 62 games attracted the weekend attention of thousands of chess fans that truly enjoyed the five hours action from Khanty Mansiysk.

First games from the World Cup

The first two game to finish were Ragger – Alekseev and Bacrot – Robson. While the first one is a logical tournament result between two evenly seeded players, the Robson draw with black against 2700+ club member comes as a slight surprise. Bacrot did not manage to surprise the US talent with anything in the opening, and Robson will have his chance for glory with white tomorrow.

The first decisive game came from the rating favorite GM Karjakin, who took early advantage against Mejdi Kaabi and won the full point, making his task with white easier tomorrow. Much more surprising was the fast victory of GM Inarkiev against the young talent GM Salgado Lopez. After a series of blunders from the Spaniard, the Russian GM easily closed the game to take the lead.

Scroll down for full results of the day.

Everyone awaited with high interest the return of GM Peter Leko. However, his return was not a sweet one – the nearly 200 ELO lower rated GM Samuel Shankland defeated him with black. In a game that could have finished with victory for Leko, the Hungarian missed a few key spots like 37. Bxd6 and 46. Nxf8 to finally enter a difficult endgame and lose the point (replay game with computer analysis)

GM Alexander Fier had no mercy against the 2700 club member GM Wang Yue. An opening that went wrong for the Chinese, was swiftly punished by the Brazilian to take a lead in round 1 (replay game with computer analysis here) 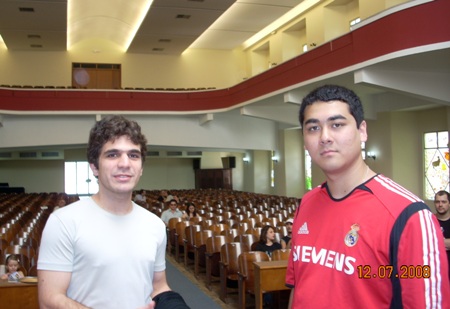 The GM commentary of the day

Two games were featured today on the main page of Chessdom.com. GM Sebastien Maze took on the encounters Le Quang Liem – Susanto Magaranto and Wesley So – Ding Liren. In both games we witnessed a similar case – fierce attacks from white and not very precise of black in the opening.

Le Quang Liem took early the center of the board and after recapturing the pawn consolidated a long term advantage. Megaranto was trying to find his place on the board, and just when he received a chance for a good pin on the two rooks, he returned the favor and handed the game to Le Quang Liem. With a nice calculation into the endgame, Le Quang Liem won the full point to take the advantage in the match (replay with analysis here)

Wesley So showed fantastic home preparation, taking the advantage from the very beginning. Ding Liren tried to complicate things a little, but that only got him into trouble and after a blunder 24… Rg3 his position started to look very complicated. Wesley So went into deep thought to find the correct plan, and just when everyone expected a decisive advantage to be taken, a series of inacurate moves sent the game into a draw (replay with analysis here) 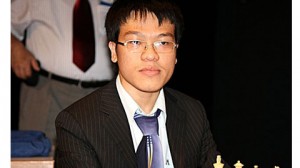 Le Quang Liem victorious in round 1

All round 1 game 1 results