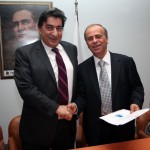 FIDE Vice President Georgios Makropoulos and Nigel Freeman reported that all required inspections from FIDE have been performed and noted that the tournament area and official hotels are adequate in all aspects for this important event.
In his speech, Makropoulos said, “I have visited 90 countries so far. I think Istanbul is the most beautiful city among the cities I have seen. Turkish Chess Federation is currently the biggest chess federation in the world and with a huge gap between the second. With the support of Ministry of Sport and Türkiye İş Bankası, I am confident that we will organize this Olympiad perfectly”.

Turkey won the right to organize the Chess Olympiad 2012 at the FIDE congress in Dresden. 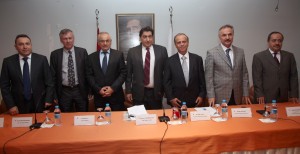 Mr. Taspinar, The Deputy Manager of Youth and Sports, stated, “On behalf of The Ministry of Sport and General Management, we want to emphasize that the World Chess Olympiad in Istanbul CNR will be one of the best international events organized in our country. As a government, we are here to support chess and we will continue to give our support to this sport”.

The General Manager of Spor A.Ş. Alpaslan Baki Ertekin noted, “We have proudly been witnessing the incredible development of Turkish Chess. The President of the Istanbul Metropolitan Municipality, Mr. Kadir Topbas has been giving special importance to chess for many years. As metropolitan municipality, we will play an active role in this organization with full support”.

At the end of the meeting, one of the journalists asked Makropoulos: “Depending on the good relations between Turkish Chess Federation and Greek Chess Federation, how would you solve the problem [Cyprus issue] among the two countries?” Makropoulos closed the meeting in the Gens Una Sumus spirit by saying “Turkey and Greece have so much to share, but nothing to split” 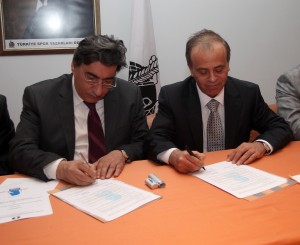 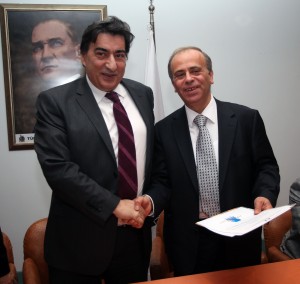 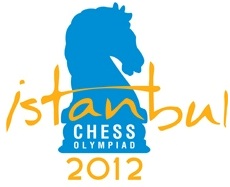