The World Senior Chess Championships 2012 will be held in the 5-star GALINI Wellness Spa & Resort Hotel in Kamena Vourla, Greece from 12 November (arrivals) to 25 November (departures).

The opening ceremony, the games and the closing ceremony will take place in the Congress Center of GALINI Wellness Spa & Resort Hotel.

Accommodation and board will be provided at the 5-star GALINI Wellness Spa & Resort Hotel which is the official hotel of the event and where the games will also be held.

Hotel payments for all players and accompanying persons must be made 20% in advance as described on the official website. 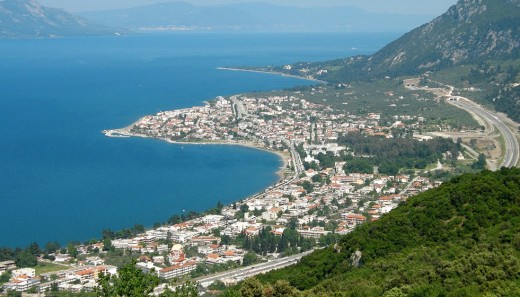 4. SYSTEM AND RATE OF PLAY

The championships will be played with the Swiss system in accordance with the FIDE Tournament Rules and FIDE Rules of Chess. The time control will be 90 minutes for 40 moves plus 30 minutes for the rest of the game with an increment of 30 seconds per move, starting from move one.

Winner and Senior World Champion will be the person who, at the end of the tournament, has scored the highest number of points.

If two or more players are tied the following tiebreaks will be used:
1. Result of direct encounters between the tied players (applies only if all tied players have played each other).
2.The sum of progressive scores. The highest total wins. If the tie persists, the first round score will be deducted and, if necessary, the second round score will be deducted, and so on.
3. If still tied, the number of games played with black by each player in the tie (the higest number wins).
4. If still tied, the average rating of the 7 top rated opponents of each player. (the highest number wins).
The title of “International Grandmaster (GM)” will be awarded to the winner of the FIDE World Senior Chess Championship 2012 who will receive the gold medal. The second place will receive the silver medal, while the third place will be awarded bronze medal.

The same rules for the medal awards are applied to the participating women players, who play separately within their own tournament. The women play their own tournament to determine the Women World Senior Champion 2012. The minimum number of participants has to be 12 women out of 4 zones, in this case a closed “Round Robin” tournament will be played.

The appeals committee members will be announced at the technical meeting. Protests against decisions of the Chief Arbiter or his deputies must be submitted in written form to the Chairman of the appeals committee within one hour after completion of the playing session. The protest must be accompanied with the sum of 100 €, as a deposit from the signatory. The deposit must be handed to the Chairman of the appeals committee. If the appeal is granted, the sum shall be returned immediately. If the appeal is refused, the deposit is forfeited to the Organizer. The appeal has to be lodged by the player. The decisions of the Appeals Committee are final.

The national federations are kindly requested to register their players through the Organising Committee’s email: worldseniors2012@gmail.com
The registration includes the FIDE ID., the passport number if visa application is necessary and the request for accommodation. Deadline for the registrations in Monday 1 October 2012.

The nearest airport is the International Airport of Athens (190 km). Bus transfer is provided from the airport to the hotel at a cost of 70 euros per person (both ways). Transportation service is available on 12th and 13th November (arrivals) and 25th November (departures). Any other request can be met in communication with the Organizing Committee.

Guest players and the defending champion will be provided free board and lodging, as per FIDE regulations, provided that the registration of such a player is received by 1 October 2012.

The Organising Committee will provide invitations for players who need visa to enter Greece. Visa applications should be sent by 1 October 2012.

14. LOCATION OF VENUE – SITES OF INTEREST

Kamena Vourla is internationally renowned for its thermal springs.

The world of relaxation, attention and indulgence awaits you at the Galini Spa Resort, a unique centre occupying a surface of 3000 square meters. There, we invite you to discover our philosophy, based on the Eastern ideals that harmony between body and soul is the source of true beauty and health. Embracing all aspects of your wellbeing, the Galini Spa invites you to rejuvenate in its magnificent surroundings, where relaxing music, enchanting design and décor inspired by the Arabian Nights create a truly unique retreat.

Close to Athens (190 km to the north), the hotel nestles in a valley of eucalyptus trees, an ideal starting point for extensive walking and hiking tours, for trips to the nearby ski centre of Parnassos-mountain or for excursions to the Meteora monasteries, Delphi, Thermopiles and many other points of archeologic interest. Kamena Vourla is internationally renowned for its thermal springs.

The location is a near-mandatory passage in the main north-south road of Greece between Locris and Thessaly and for this reason has been the site of several battles. It is primarily known for the Battle of Thermopylae in 480 BC, in which an overmatched Greek force held off advancing Persians under Xerxes, and the term since has been used to reference heroic resistance against a more powerful enemy.

A main highway now splits the pass, with a modern-day monument of Leonidas on the east side of the highway. The hot springs from which the pass derived its name still exist close to the foot of the hill.

Delphi is an archaeological site and a modern town in Greece. In ancient times it was the site of the most important oracle of the god Apollo. Delphi was revered throughout the Greek world as the site of the ομφαλός (omphalos) stone, the centre of the universe, as the site of a major temple to Phoebus Apollo, as well as the Pythian Games and a famous oracle. Near Delphi is also Arahova, a traditional picturesque town located high up on the slopes of Mount Parnassos and next to some of the best ski resorts in Greece.

Meteora is the largest and most important complex of monasteries in all of Greece, second only to Mount Athos. The monasteries are built on spectacular natural sandstone rock pillars at the northwestern edge of the Plain of Thessaly, near the Peneios river and Pindus Mountains, in central Greece. The Meteora is home to six monasteries and is included on the UNESCO World Heritage List.

Although more than 20 monasteries were built, beginning in the 14th century, only six remain today. These six are: Great Meteoron (or Transfiguration), Varlaam, St. Stephen, Holy Trinity, St. Nicholas Anapausas and Rousanou.