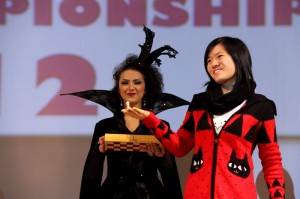 The World Women Chess Championship 2012 opening ceremony took place in Khanty Mansiysk, Russia. In the presence of the Ugra governor Natalia Komarova and the Olympic biathlon champion Yevgeny Redkin, the President of FIDE gave the start of the World Championship.

Part of the ceremony was the drawing of colors. The defending World Champion Yifan Hou picked a white piece from the symbolic chess board and thus she and all uneven numbered players will have white in game 1.

The World Women Chess Championship 2012 is a knockout event with 64 participants. Games will be live on Chessdom.com with analysis.

See the full list of participants and preview here 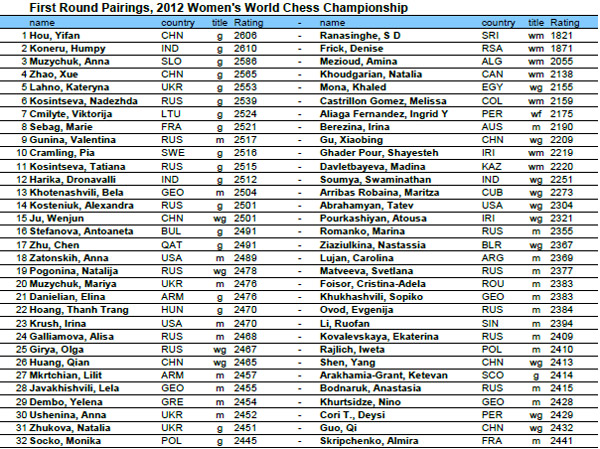