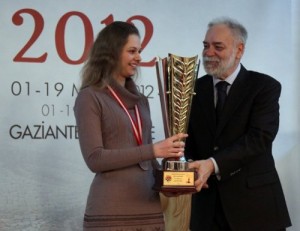 Anna Muzychuk, 2010 World Junior Champion and 2012 European medalist, is the top seeded of the event

The Women’s World Rapid and Blitz Championship 2012 will be held from 30th May to 6th June at the Sheraton Hotel, Batumi, Georgia.

Live games with analysis will be available daily in the Live section of Chessdom.com