When the first seed is paired against the fourth, it is a signal for hard-fought games and drama.

In the match between the leaders of the World Youth Under-16 Chess Olympiad, India overcame Poland 2,5-1,5 thanks to the wins with white on the first and third boards. Especially Gagare’s prosaic win on the white side of an English game is nice to watch; as if it is out of a textbook.

In the match of the day at one point it seemed like Serbia was up to the job of beating the first seed Russia however in the end it wasn’t to be, the famous Russian endgame wizardry was at work to score two wins in two endgames to win the match with the tiniest of advantages 2,5-1,5. 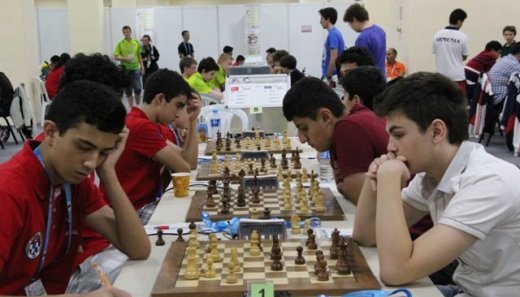 Iran and Australia-A have fought hard but a win on the second board didn’t help Australia and Iran emerged victorious with 3-1, decreasing the gap with India to half points.

Kazakhstan – Armenia and Turkey Red – Azerbaijan were both drawn in a similar fashion with one wins each and two draws on the remaining boards. Also Turkey-Turkuaz continued their winning ways, scoring almost perfect again, 3,5-0,5 to share the fifth place in rankings with Lithuania who defeated Greece with 3-1.

Looking at the lower boards, the whitewashes of the round Georgia – Turkmenistan and Kyrgyzstan – Australia C catch one’s eye, enabling Georgia and Kyrgyzstan to improve their positions in standings. 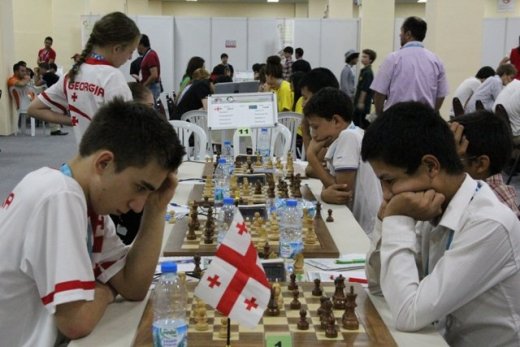 In the last two boards Turkish girls put up a good fight, with Turkey Red Girls beating United Arab Emirates 2, -1,5 and Turkey-White Girls scoring half a point less against Libya.

The fourth round will start on 31 August at 16.30. Top pairings are Iran – India, Poland – Russia, Lithuania – Turkey-Turkuaz, Serbia – Turkey-Red, Armenia – Azerbaijan and Australia-Team A – Kazakhstan. 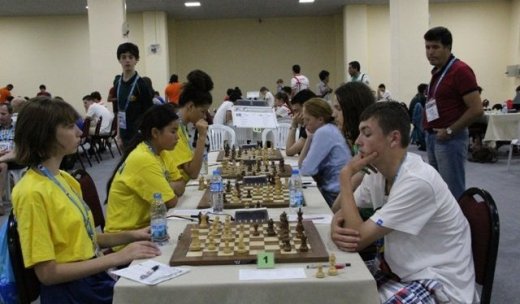