The morning round of the World Youth Under-16 Chess Olympiad has staged a very important match between two leaders, Russia and Iran.

It was a tough battle which was decided by FM Chigaev’s stunning win against FM Kowsarinia. The loss of several tempi by White enabled Chigaev to achieve a winning position and he finished the game in a spectacular manner by sacrificing a queen forcing a winning ending.

The match between the teams which had shared third place before the round has ended in favor of India, thus leaving Lithuania a little bit behind 3-1. 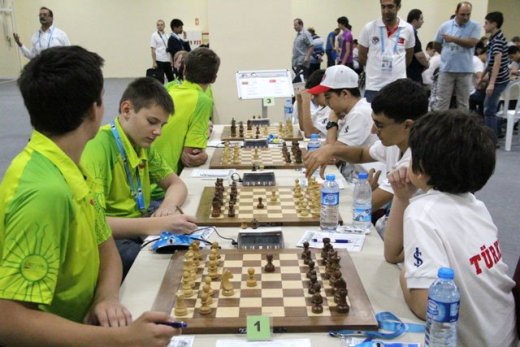 Having a look at other matches of the round, Armenia-Serbia match saw four wins but shared by teams equally. The top two boards where Armenian players outrated their opponents were decided in favor of Armenia and the lower ones where Serbia had the ELO advantage went to Serbia.

Kazakhstan beat the slightly favoured Georgia with 2,5-1,5 thanks to the points from last two boards.

The top Turkish teams had a successful round, not losing any ground to their higher rated opponents. Turkey-Istanbul beat Poland with 2,5-1,5 and Turkey-Turkuaz held Australia-A to a draw while the first boards led their teams to success again. Also Turkey-Red collected a bunch of points from Slovakian team: 3,5-0,5. A good day for hosts definitely! 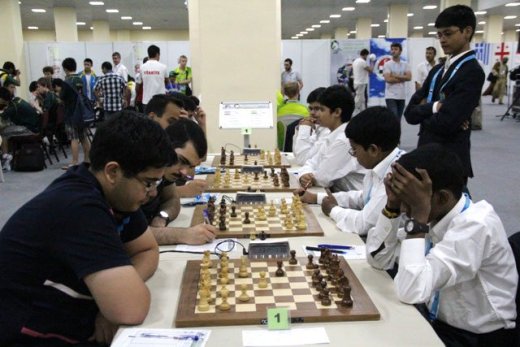 Further down the list Turkmenistan won for the second time in a row with 4-0 sending a warning signal to the teams in the top. Let’s see if they can keep this streak in the next round. Results and standings on the official website.

On the rest day there will be an organized excursion to the Aquarium. 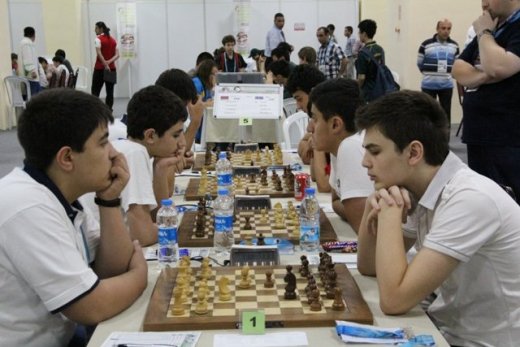 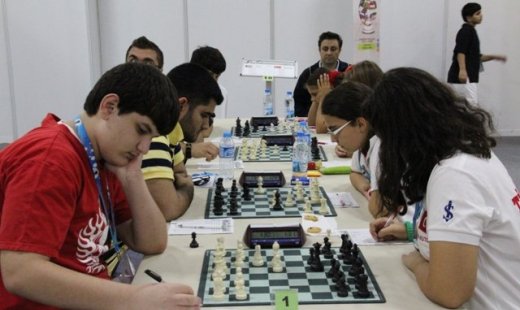