The Israeli player is definitely a surprise of the tournament, starting as the 15th seed and emerging as leader with the rating performance of amazing 3091 points!

The top board game between IM Inna Gaponenko (UKR 2415) and IM Ekatarina Atalik (TUR 2408) ended in a draw, which went in favour of Shvayger.

Russian 16-year old WGM Aleksandra Goryachkina (2485) defeated IM Olga Zimina (ITA 2361) and joined Gaponenko and Atalik, as all the other games of the favourites were drawn. 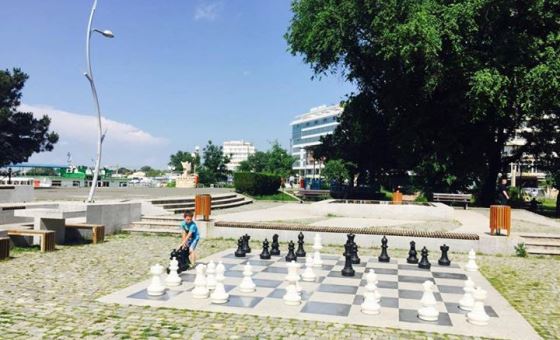 The round 5 is played on Tuesday 31st May at 3.00 pm local time, after which the players are going to well deserved rest, to recharge their batteries and get ready for the second half of the tournament.