The Supervisory Board of the Russian Chess Federation held a meeting on 21st November in Moscow. The most important decision is that GM Yuri Dokhoian was asked to take over as captain of the Russian men’s national team. Dokhoian accepted the call and is now composing a working plan.

Yuri Dokhoian captained the Russian women’s team through the most successful years, when his players won three European Championships (2007, 2009 and 2011) and the 2010 Chess Olympiad.

Meanwhile the men’s team, despite always being the top rated in the competition, hadn’t won Chess Olympiad since 2002 and European Championship since 2007. In the recent years the team was captained by Aleksander Bakh, Evgeny Bareev and Alexander Riazantsev.

It is still unclear who should take over the women’s national team.

Update: Alexandra Kosteniuk and Natalia Pogonina, members of the gold-medal winning Russian team in Porto Carras, expressed their disappointment over the Supervisory Board’s decision on Twitter.

Pogonina asked “why change the things that work” and reminded about the fantastic results of the women’s team, while Kosteniuk noted that “nobody cares about the women’s team”. RCF official Ilya Levitov responded with: @Pogonina @Kosteniuk ну что вы сразу в панику.. (you are just panicking). Kosteniuk then asked publicly who will be the new women’s team captain. 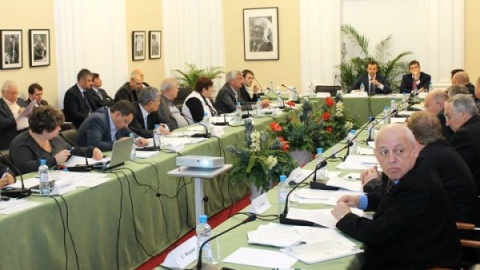 Among the other decisions, the Supervisory Board approved the calendar for 2012 and RCF budget for 2012, adopted a new format for the Championship of Russia, the Russian Cup and Russian Grand Prix in rapid chess. The details are not published yet.