Report and photos by Oliver Shalala in Windhoek, Namibia

Zambia’s chess talisman Stanley Chumfwa says that the African Individual Chess Championships which began on Saturday in Windhoek, Namibia, is the easiest continental chess championship yet for Zambian players to win looking at the level the country has reached now.

“In the last few years, Zambian chess has improved by leaps and bounds and this time around I don’t see any other African player winning the championship apart from the Zambians in the Open section,” Chumfwa said in an interview yesterday.

“Egyptian grand master [Ahmed] Adly, South Africa’s grand master-elect [Solomon] Kenny and many other top African players are here but a Zambian will win the top prize by the end of the tournament. By next week, we will have a second Grandmaster in Zambia in addition to Amon Simutowe as a result of the win here,” he predicted. 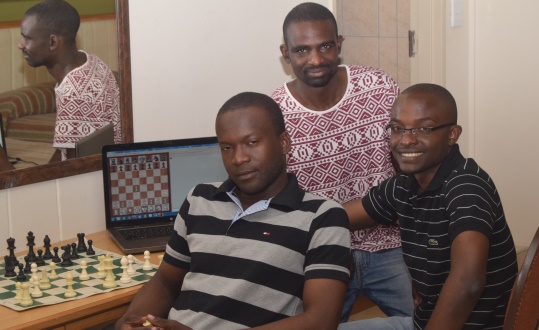 Zambia is being represented by IM Daniel Jere, IM Stanley Chumfwa, FM Andrew Kayonde and FM Richmond Phiri in the open section while Epah Jere and Constance Mbatha were the only female players who had arrived before press time. Linda Hammonga was still being awaited but eventually failed to make it across the Zambia-Namibia border.

Meanwhile, by the beginning of round 3, the Zambians did not have a clear advantage in the tournament though 3 of the Zambians still had a sound chance of winning the top prize in their respective section.

The team will miss the service of key members like IM Gillian Bwalya, IM Chitumbo Mwali and WFM Lorita Mwango. 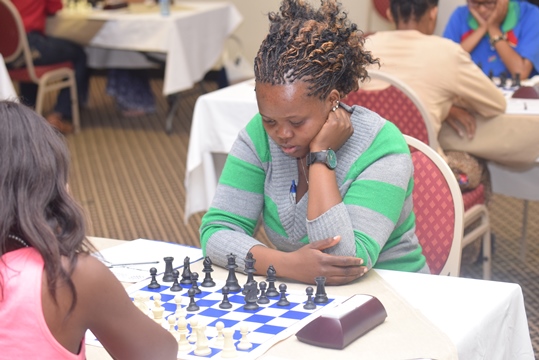 International Master Daniel Jere this afternoon went into his round 3 match with IM Solomon Kenny of South Africa looking to go into sole leadership of the Africa Individual Chess Championships currently underway in Namibia.

He was one of the 3 players leading the championships with maximum 2 points of out two going into the third round.

Jere, the highest rated chess player in Zambia, beat CM Handjaba Mclean of Nigeria in round 1 and then beat CM Fawole John Oyeyemi in round 2. 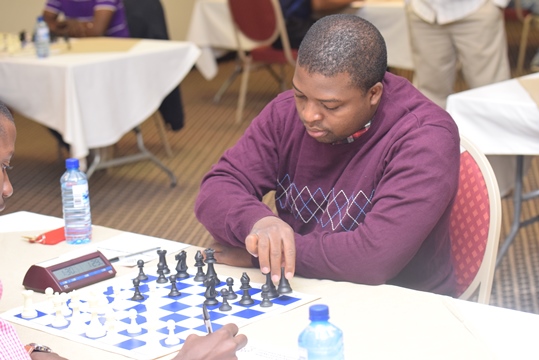 And Zambia’s talisman Stanley Chumfwa was today playing for his pride when he found himself in unfamiliar territory of playing on board 12 having lost his first two matches to Malawi’s Chimthere Alfred and Mozambique’s CM Abrates Persson.

Meawhile FM Richmond Phiri went into his round 3 match up with Nigeria’s CM Kigigha Bomo on the back of an impressive tournament in which caused major upsets by beating Egypt’s IM Ameir Moheb in round 2 following his round 1 draw with IM Cawdery Daniel of South Africa.

The fourth Zambian male chess player Andrew Kayonde had a round 2 match to forget when he gifted Botswana’s Thato Olebile points in a drawn match that he refused a draw offer from the Tswana. In round 1, Kayonde beat Malawi’s CM Nyambalo Joseph Xavier.

In the ladies section, Epah Tembo Jere, the wife to Daniel, was on board 1 playing tournament leader WIM Solomons Anzel in her round 3 match.

Jere was joint second with 1.5 points after 2 rounds same as Zambia’s other female player Constance Mbatha.

Mbatha was playing South Africa’s WIM Frick Denise in round 3. 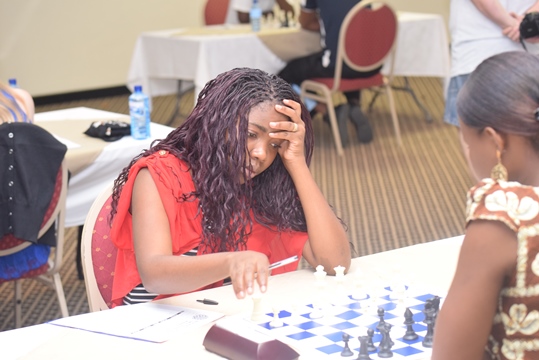 Epah Jere beat Malawi’s Gondwe Vitumbiko in round 1 and followed that result with an impressive draw against WFM Du toit Sune of South Africa in round 2.

Mbatha on the other hand won her round 2 via a walkover when Linda Hamoonga of Zambia failed to show up for the tournament as she remained in Zambia. Earlier in round 1, Mbatha drew with Tjatindi Kamutuua to lose 17 elo points. 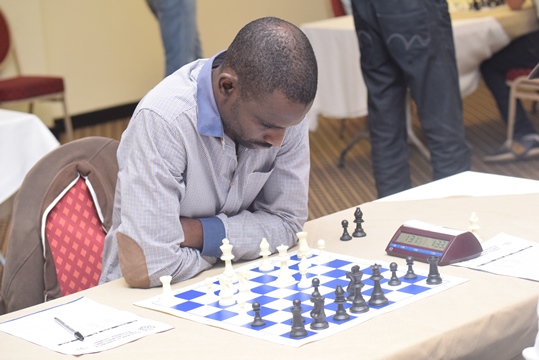 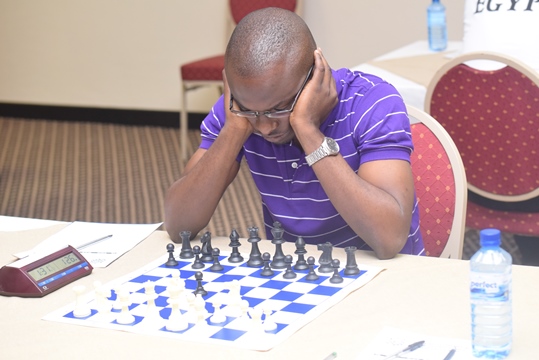