The 2014 African Junior Chess Championships finally kicked off one day late in Angola after logistical problems delayed the arrival of a number of country delegations to the prestigious event.

And the two players representing Zambia in the event being held in Saurimo today played their first round and were confident of doing well.

“This is my chance to rise up the chess ladder,” Ellastrida Yombwe, 17, who is playing in the females section said. Michael Kaoma, 20, is in the males section and is seeded 5th. 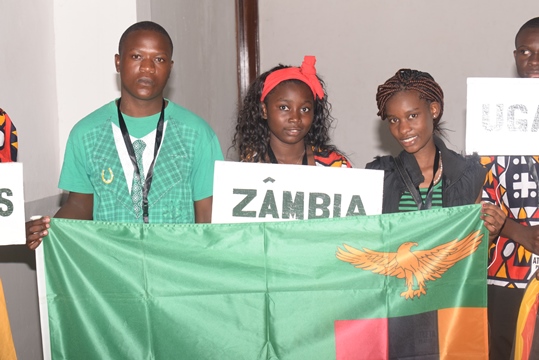 Yombwe and Kaoma during the Opening Ceremony

The African Junior Chess Championships have generated a string of chess champions who have gone on to make a mark on the world stage including the World Chess Olympiads. And despite its modest economic power, Zambia has cranked out some notable champions in the past.

Apart from IM Cephas Sichilima earlier in 1990, Zambian Grand Master Amon Simutowe won the African Junior Chess Championship in 1999 and in 2000 and this led to him being named “Sportsman of the Year” in 2001 and earning himself the IM title. In 2006, Chitumbo Mwali also won the African Junior Chess Championship which was held in Botswana.
Apart from winning it, Zambia has also hosted the junior championships in 2004.

This year Zambia wants to get back to wining ways.

The problem for Zambia is limited or lack of finances don’t allow the country to send many players to the championships to fight for continental honours. It is common knowledge that there is very little support for chess around the continent. Funding for chess is Africa is so low despite the talent that chess has yet to become sustainable in any country in Africa… not even Egypt. 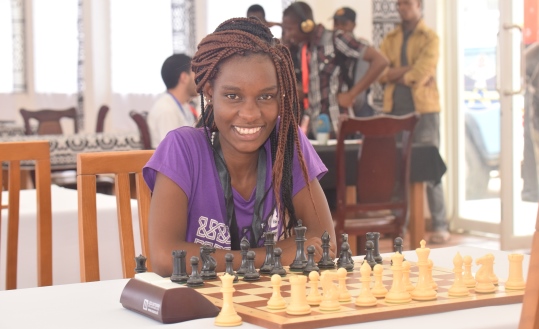 A disadvantage for Zambian players is that most junior tournaments they played in Zambia have been without clocks. The games at the Junior Championships are played using BHB Digital chess clocks and the rate of play will be in accordance with the FIDE rules: 90 minutes, with an addition of 30 seconds per move starting from move one (Fischer System).

The chances of the Zambians doing well in the tournament dramatically improved when Egypt and Sao Tome & Principe failed to show up for unknown reasons; the Egyptians are the best chess players in Africa. During the 2013 African Junior Chess Championships held from January 25th to 31st in Algeria, Egypt continued their annual domination of this event as both of their entries won the top two places.

Mozambique and Swaziland were also stuck in Luanda where they could not get a connection flight to Saurimo.

By press time, the games had began at the Saurimo Polytechnic of Technology with only players from Namibia, Angola, Zambia, Algeria, Uganda, Botswana and Malawi.

In round 1, Yombwe was paired with Angolan Tavares Domingas while Kaoma was played Angolan Manuel Mario. 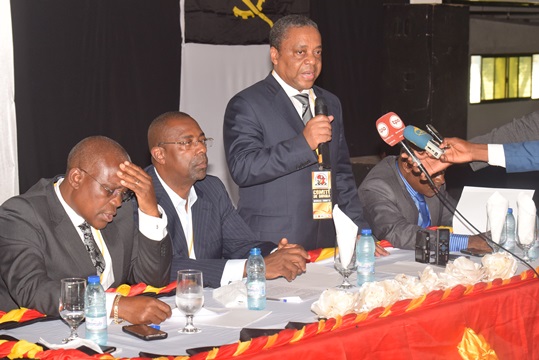 Meanwhile, the Minister of Sports in Angola, Goncalves Manuel Muandumba, officially opened the tournament on Tuesday night and welcomed the participants. “Bem vindo Angola!” he exclaimed.

And FIDE Vice President, Dr Aguinaldo Jaime of Angola, encouraged the players to do their best to secure the honours available.