A: Well, actually we started to work on the project more than a year ago! In February 2013 FIDE President Kirsan Ilyumzhinov visited Tbilisi and we had a meeting with the then Prime Minister, Bidzina Ivanishvili.

During the meeting Kirsan suddenly proposed – why doesn’t Georgia organize the Chess Olympiad 2018. And this happened exactly a few minutes after we agreed on FIDE Women Grand Prix in Georgia! My face changed completely and I asked only one question – how much would it cost?! Just 15M EUR for Baku Olympiad. Yes, but in Azerbaijan they have oil! However, Bidzina interrupted our discussion: 15 Million?! Ok I’m ready!? Silence… It’s how we started to work on making a bid :)

Q: So if a billionaire says it looks easy…

A: Not at all! We started working very hard on this project. Trust me we have used all our resources, having strong support from the Minister of Sports and Youth Affairs, Mr Levan Kipiani, from the current PM Irakli Garibashvili, however…For those with no real experience in working on approval with the Ministry of Finance everything may look very easy!

In effect, we passed many hard days, almost losing any hope to make a bid, but finally, with big efforts from our federation, the ministry, friends and especially the current PM Irakli Garibashvili and of course Bidzina Ivanishvili we succeeded to submit the bid! 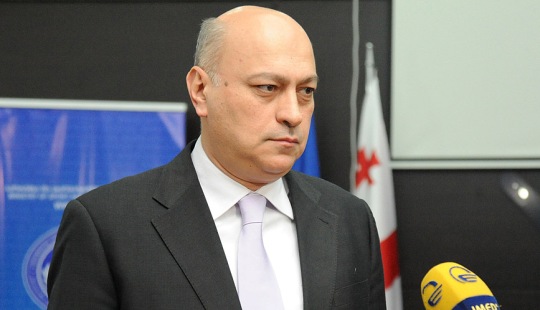 Q: That is a very interesting insight…congratulations. Zurab, do you know that FIDE Presidential Board has postponed the bidding deadline until 15th April?

A: Yes, I have read about this decision. Of course I’m not happy with this. Though I try to understand. If I were a member of PB and present at the meeting in Khanty-Mansiysk, knowing that no bids have been submitted a day before the deadline, I may have also agreed. However, it would have been better for the decision to be announced after the deadline, barring no bid had been submitted by then.

Q: Will your federation react?

A: We do not see the need. Actually, we prefer to spend money on tournaments rather than on conflicts or courts. We have publicly announced our intention during the Tallinn Congress so everybody was aware of our bid. Therefore, we simply plan to wait for the deadline to end.

I am certain that our bid is of high enough level; we have open cards (everybody knows our budget and targets!) and we just want to offer the best conditions for FIDE and the National Federations.

Also, I’m sure by the time of Olympiad 2018 my team will be leading the ECU and it will be an extra honor for me to host the Olympiad in my home country!

Q: By the way, how is your campaign going? Have you submitted a ticket?

A: Well, things are going very well and every day our team is growing up. Soon you will get our platform and the names of our team: ECU back to Europe!