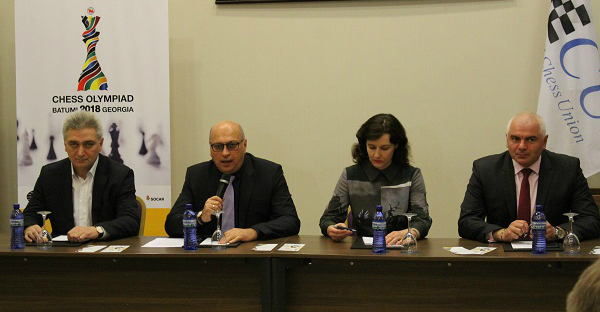 In a crowded press room at the Sheraton hotel in Batumi, ECU President Zurab Azmaiparashvili introduced his ticket for the forthcoming ECU elections to journalists and federation representatives.

ECU Platform (PDF) or read below

After a very successful four-year term at the ECU helm, Zurab Azmaiparashvili is seeking re-election as ECU President. The elections will be held in September 2018 during the World Chess Olympiad in Batumi. 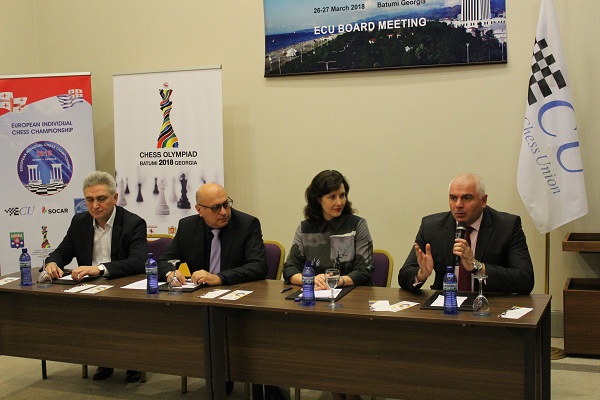 Mr Azmaiparashvili said that he was delighted to announce that Mrs Dana Reizniece-Ozola, Woman Grandmaster and Minister of Finance of the Republic of Latvia, is joining his ticket. Mrs Reizniece-Ozola stated that she had been impressed by the achievements of the current ECU administration and that she is eager to join the team and help with further progress in “Chess in Schools” programs. 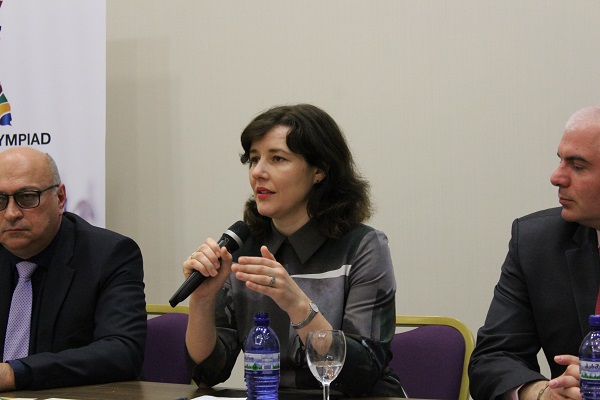 Mr Azmaiparashvili also announced that the Chief Executive of Chess in Schools and Communities and the organiser of the London Chess Classic IM Malcolm Pein as well as the President of the Iceland Chess Federation Mr Gunnar Bjornsson will join his ticket. 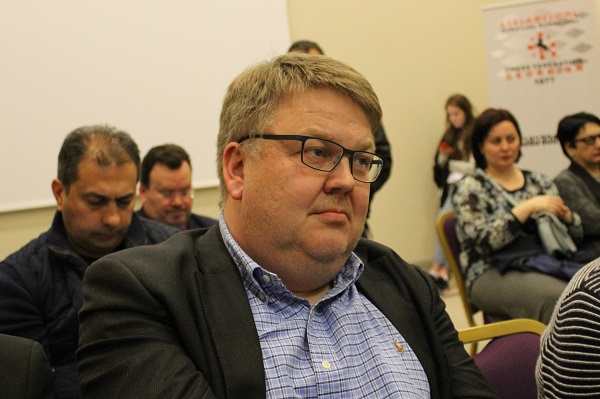 ECU General Secretary Theodoros Tsorbatzoglou from Greece and ECU Deputy President Ion-Serban Dobronauteanu of Romania will both continue to serve on the ECU Board as part of the six-member ticket.

Mr Azmaiparashvili also expressed his support of the current Board members GM Adrian Mikhalchishin (SLO), Johann Poecksteiner (AUT), Martin Huba (SVK) and Finnbjorn Vang (FAI) who will continue to serve the ECU Board whether elected individually or serving in other positions in the ECU administration. 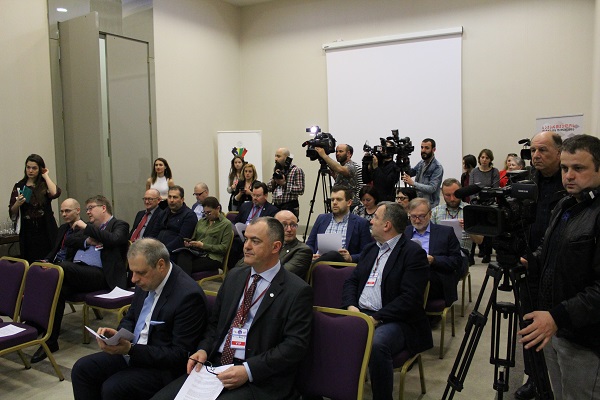 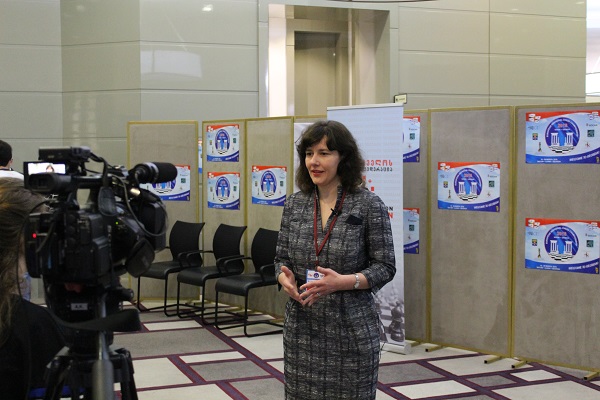 Mrs Dana Reizniece-Ozola, Woman Grandmaster and Minister of Finance of the Republic of Latvia 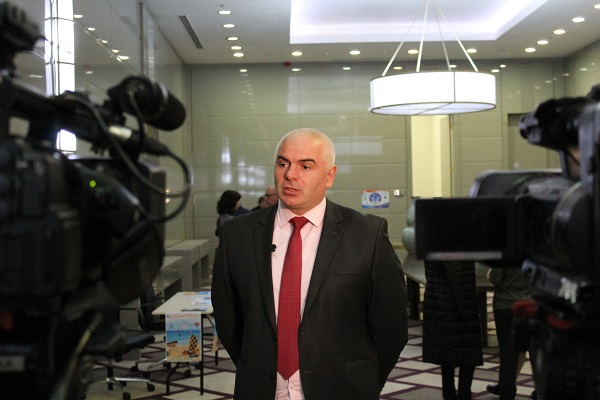 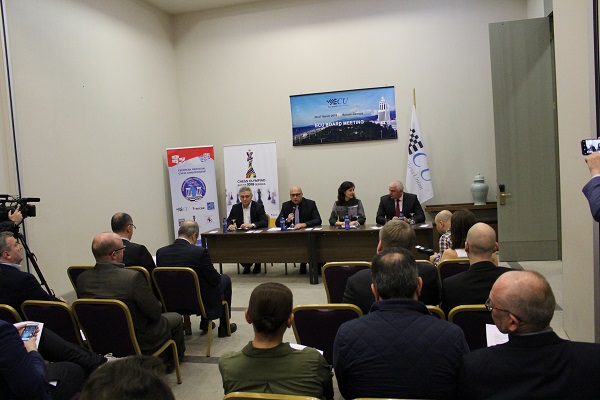 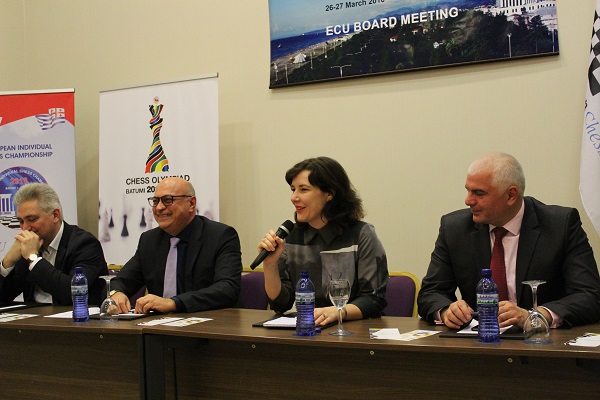 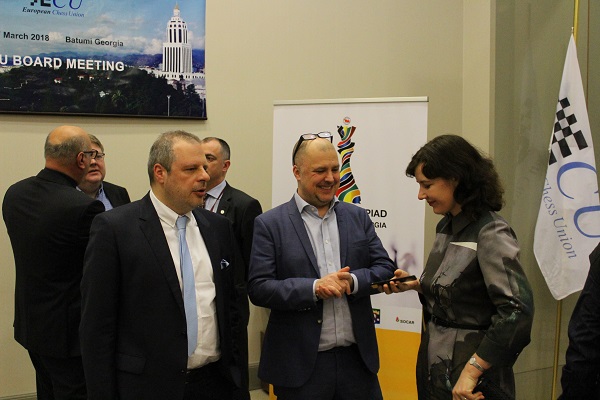 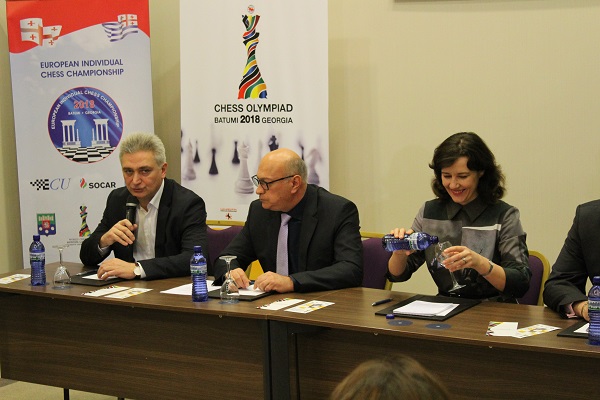 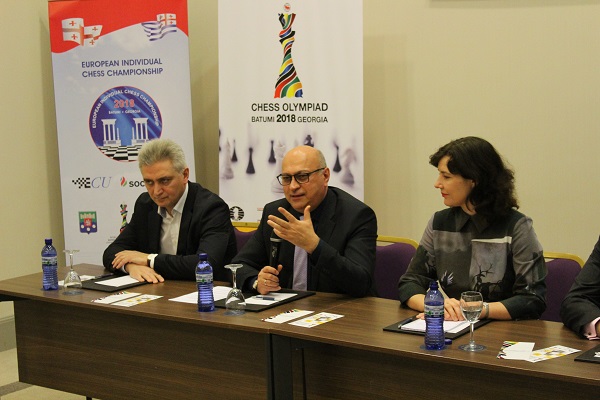