The breaking news about the Neural Network Deus X, accompanied by a video interview on Chessdom went like a shock wave through the computer chess world. It created a lot of excitement, but also left the audience as well as the competitors in TCEC with questions unanswered. After a turbulent day of email exchanges, the authors of the two NNs cleared the situation. Here are the official statements by the two teams. 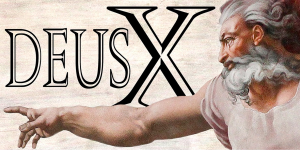 DeusX is a neural network, trained by Albert Silver from unique non-Leela data, exclusively from human played games. The engine that executes this network is Lc0, developed by the Leela Chess Zero team. The code for training the neural network, so that it can run in the Lc0 binary, also comes from the Leela Chess Zero project. Deserved credit to the Lc0 team will also be given in any citation of the engine in the following form, “DeusX Neural Network by Albert Silver, powered by Lc0”

After the initial confusion, the Lc0 team is happy to receive the statement from Albert Silver with a clarification regarding usage of the Lc0 code. The credit to the Leela Chess Zero team is now given appropriately. The team is looking forward to exciting games in the upcoming Top Chess Engine Championship, and is very glad that both neural network based on “zero” principle and “non-zero” principle will participate this season. It’s going to be really interesting to observe their differences in style and strength. We hope to see even more neural network based engines in the next seasons of TCEC. It is now time for the highest level chess competition to begin and for the audience to enjoy the best chess in the world.

TCEC Season 13 is the first season where NN engines have appropriate hardware to run on, making it the first experimental season of this kind. A lot of effort was put in the event to guarantee fair and balanced competition between the NN engines and traditional engines. TCEC will strive to continue to improve those conditions, including a specific set of rules for NN engines that will be created in cooperation with experts in the field. The best season of TCEC is coming, let’s all enjoy, see you at the official website and the Twitch TV channel