British Fashion and Style magazine GQ published a large article on the sexiest catwalk show on earth, as last night Victoria’s Secret held their 2013-2014 lingerie showcase in New York featuring GQ favourites Alessandra Ambrossio, Candice Swanepoel, Karlie Kloss, Cara Delevingne and Jourdan Dunn. It is an event awaited by the fashion industry for months and hit directly the main pages of the official website of GQ.

At nearly the same time, GQ published an article about the “Titanic clash between Magnus Carlsen and Viswanathan Anand”. To everyone’s surprise, a few hours later a tweet appeared on @BritishGQ saying, “So this story about #chess is currently more popular on the site than our 100 shots of Victoria’s Secret models…”

The FIDE World Chess Championship Match 2013 between Anand and Carlsen is breaking all records of most seen event on TV, printed media, or the internet. Millions of fans are following daily, while the match is trending on social media to top positions in multiple countries. Today is round 5 of the event, with the score tied 2:2 after four draws, and one can only imagine the spike of interest that a decisive game can produce.

Update: The story of Anand and Carlsen is now not only the most read story, but also the most retweeted at GQ 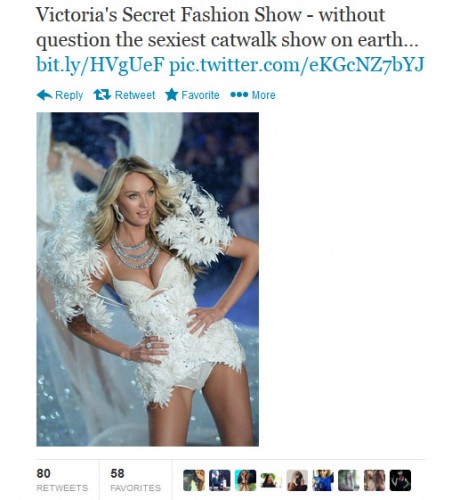 Victoria’s Secret 2013-2014 collection show was met with appropriate interest on GQ, but apparently not as high as the Anand – Carlsen match