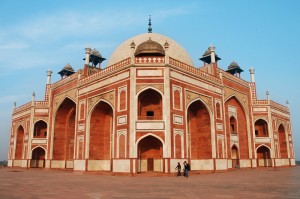 Upsets galore in the premier group of 14th edition of Parsvnath Delhi International Chess festival as R A Pradeep Kumar caused another flutter, gaining the upped hand over Grandmaster Artur Gabrielian of Russia in the fourth round that just concluded.

Playing with black pieces, Pradeep Kumar continued the rampage by lesser known Indians in the fray by winning a fine game. The Indian took his tally to an excellent 3.5 points following his third victory in four games and stands a good chance to obtain his International Master norm from here.

Russian Grandmasters Ivan Popov and Anton Demchenko along with VItaly Sivuk of Ukraine emerged as the co-leaders in the premier event with full marks of 4 wins.

As many as 11 players share the fourth spot on 3.5 points apiece and the highest rated Indian among them is local Grandmaster Vaibhav Suri who was victorious over Ankit Gajwa in a neat game.

Dhulipalla Bala Chandra Prasad meanwhile continued his dream run in the tournament. After beating Russian Grandmaster Vladimir Belous in the second round, Chandra Prasad added another victory against Grandmaster to his collection at the expense of Valeriy Neverov of Ukraine and then in the fourth played out a draw with another Ukrianian Grandmaster Vitaliy Bernadskiy. Having beaten two Grandmasters and drawn with one, Chandra Prasad is hot on the heels of the leaders and has an excellent chance to obtain a Grandmaster norm. Given the fact that Chandra Prasad is an untitled player yet, this would be a commendable feat for the 19-year old – almost unthinkable in recent times.

11-year old Nihal Sarin also made it difficult for Vladimir Belous. The Kerala boy nonchalantly held the Russian Grandmaster to a draw.