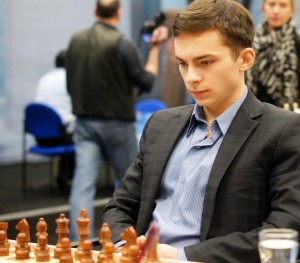 The Deutsche Schule Kapstadt was this year’s proud host of the international chess tournament – “DSK International Chess Open 2013” which ran from the 19-29 July.

Junior world champion Alexander Ipatov from Turkey played impressively to finally get 8/9 points and leave second placed Sergei Tiviakov a whole point behind. His 2777 performance will be enough to add 17 points to his Elo rating in the next official FIDE list.

Ipatov only conceded draws to the other two favorites of the event, Marc Arnold (USA) and Sergei Tiviakov (Netherlands). The young Turkish player won the rest of his games.

The winner shared his satisfaction on his Twitter account: “Scored 8/9 in the GM tournament in South Africa. Cape Town is such a lovely place!”.

The best South African representative was FM Daniel Cawdery, who finished in shared seventh place with an even score of 4.5/9.