World champion Viswanathan Anand gave a long interview to Indian Express. He talks about his form, his preparation against Carlsen and why he sees Gelfand as an inspiration.

He said the following about his recent performances:

The idea was somewhat to play myself into shape and just play more often and get the feel of how it is to be on the circuit continuously as opposed to taking huge breaks. In that sense it was successful. I did get to play a lot, and I got a lot more wins, a lot more decisive results. I had 22 decisive games — 14 wins, 8 losses. That is already a big improvement over last year when I found it difficult to have decisive games at all. 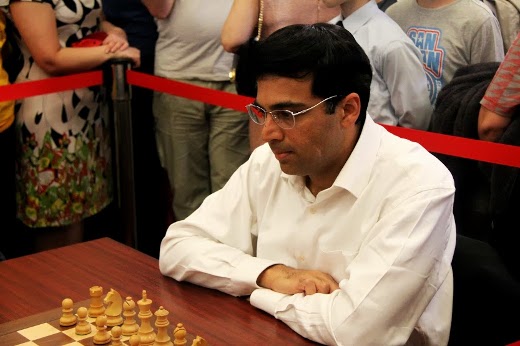 When the interviewer talked about his loss against Magnus Carlsen at the Tal Memorial, Anand was completely honest:

That was one of the worst. Not only did I lose, I lost embarrassingly. The game was over in just a couple of hours. It was a really, really off day. It’s a pity.

He talked scarcely about his plans to prepare for the upcoming match:

Finally, he mentioned why it makes him happy to see Gelfand win an important event:

I was very, very happy. I find that when it is not for myself, I root for Vlady (Kramnik) or Boris, the players of my generation. It has become a natural reaction. At Alekhine, I was impressed by his play but was not sure if it was a one-off good tournament, but now he has shown it’s something deeper. It’s a very impressive result and I tip my hat to him. I will definitely think about what went right with him and incorporate that in some way. 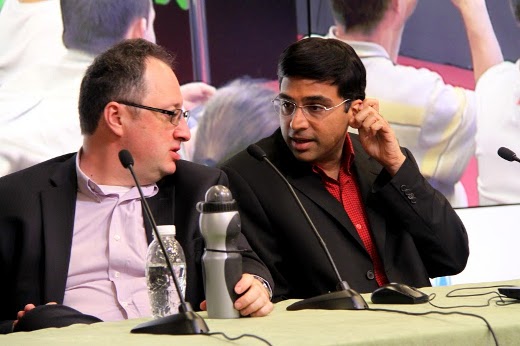