The UT Dallas chess team heads into its 2012-13 season with a new title bestowed by the United States Chess Federation: Chess College of the Year.

The title came to the UT Dallas team based on its recent performances at the Pan-American Tournament last winter – where the team went undefeated for the second consecutive year – and after finishing second at the Final Four of Chess last spring.

“Winning this award is symbolic of the great teamwork and partnership that involves the entire UT Dallas community. It represents the hard work and the aim for excellence that is core to the values of our University,” said Jim Stallings, chess program director. 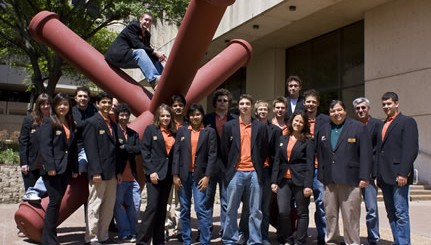 “I had big expectations for the first tournament of the season. Last year, I didn’t perform well in this tournament, so I wanted to make a good impression this year. I trained hard and played a lot of chess this summer,” said Chirila, who came to UT Dallas from Romania to play on the team. 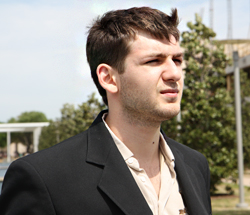 “Our players showed good concentration and won games. The Southwest Open was a good warm up for upcoming tournaments,” said coach Rade Milovanovic.

The team is ultimately focusing on getting another shot at the Final Four tournament.

“The competition will be even greater than last year, but we can win against anyone. We have great players who are working incredibly hard,” Chirila said.

The team plays next at the U.S. Class Championship in Houston on Sept. 21.