China’s string of seven consecutive victories in the the Women World Team Chess Championship was finally put to end as Ukraine wins in the penultimate round by 2.5-1.5. Natalia Zhukova defeated Zhao Xue on the third board and all the rest games were drawn.

Despite the loss China secured the title of the World Team Champion with one round to go. The nearest follower India also suffered a setback as they lost 1-3 to Georgia.

China is now two points ahead of Russia while India slipped down to 3rd place. Even if China loses and Russia wins in the final round, the two teams would be equal on match points but China takes the gold on tiebreak and overwhelming sum of individual points. 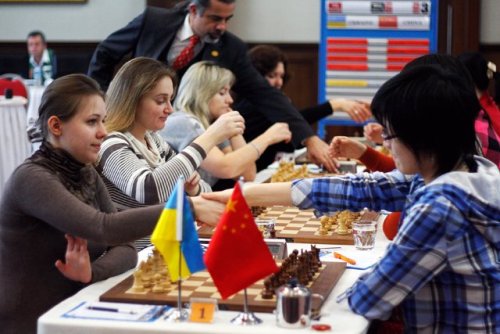 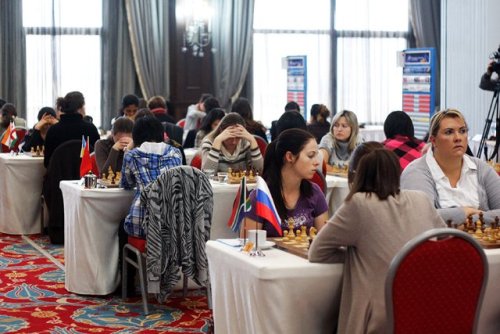 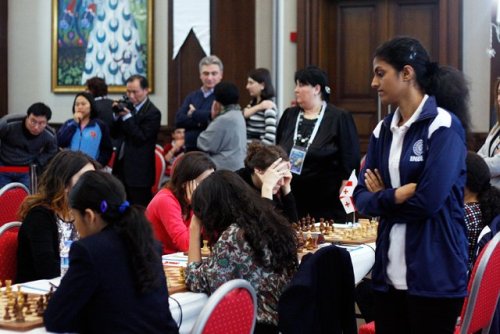 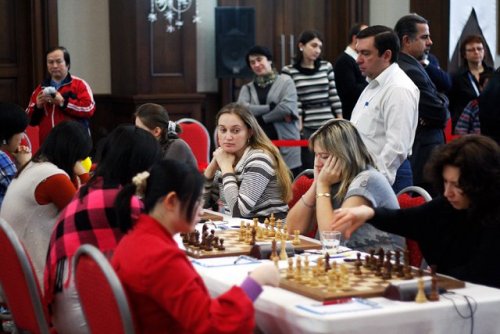 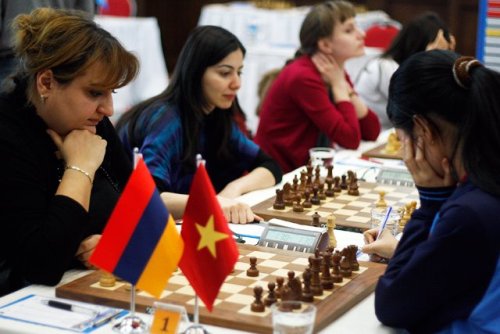 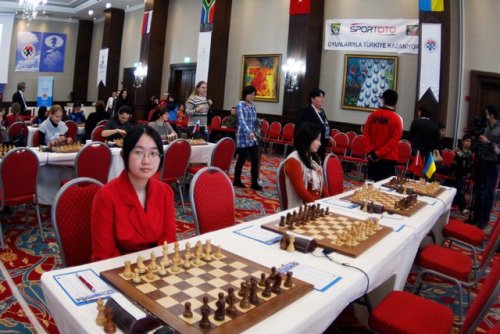