The top board game was fought on even keel, before Venkatesh gave back his exchange and picked up the half point against in-form tournament leader P Karthikeyan. 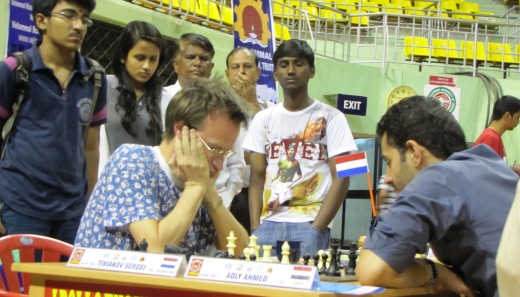 The second board game against top two seeds saw Sergei Tiviakov firing on all cylinders against Ahmed Adly. The closed Sicilian game went in favor of Tiviakov after 49 moves.

India’s Kathmale Sameer made his International Master Norm holding Grandmaster Arun Prasad to a draw. The nine game IM Norm is the second Norm in the event, adding to the one Ram S Krishnan made in the previous round.

Earlier the round was inaugurated by Captain Ramaswamy, CEO, Sea Team Management (Frontline Group of Companies) who made the symbolic first move 1.Nf3 in the Venkatesh – Karthikeyan game. 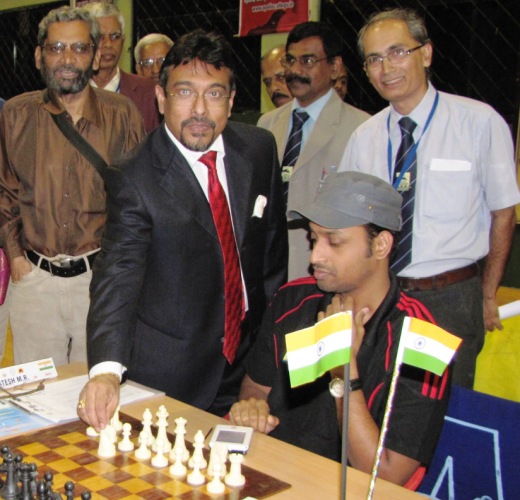 Round 9 inaugurated by Captain Ramaswamy 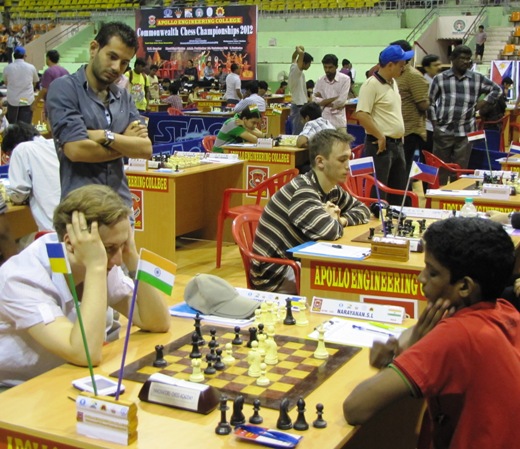