The 2nd European Chess Union Board meeting in 2018 took place on the 7th of July in Bucharest, Romania. The meeting was held under excellent conditions in the Marshal Garden Hotel.

The President of the Romanian Chess federation Mr. Sorin-Αvram Iacoban and the ECU Deputy President Mr. Ion Dobronauteanu welcomed the ECU Board members to Bucharest for the second time during the last four years. 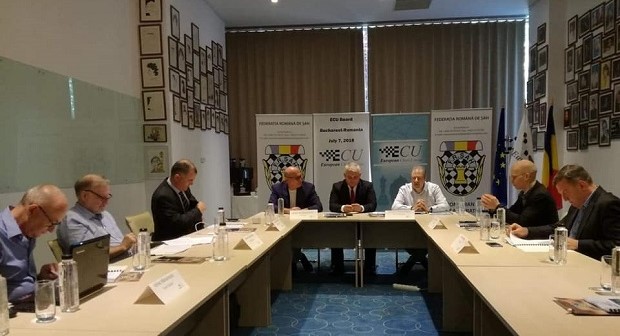 ECU Board awarded the following championships: