Russia restored the top position in the Open section of the European Team Chess Championship after defeating the earlier leader Croatia. Nikita Vitiugov and Daniil Dubov were successful with white pieces.

Azerbaijan helped the Russia’s cause by beating Hungary 3-1, with full points from Arkadij Naiditsch and Rauf Mamedov. After the shaky start Azerbaijan surged ahead to reach a clear second place.

The next four matches finished with narrow 2,5-1,5 scores. Pavel Eljanov brought the match points for Ukraine against Romania, Rasmus Svane won for Germany against Armenia, while Vahap Sanal was the hero of Turkey in the clash against neighbors from Georgia. 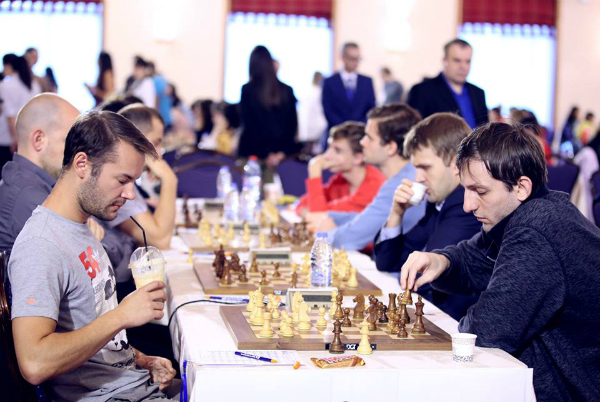 Israel signed the same score versus Poland, with wins from Sutovsky and Nabaty (Israel) and Duda (Poland).

Netherlands made a comeback with a swift 3-1 victory against Belarus, while England and Spain split the points. 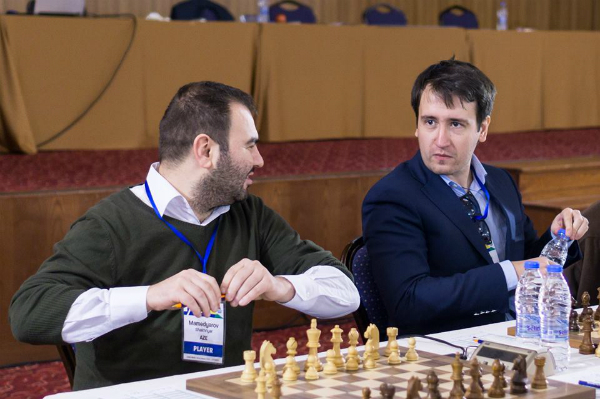 In the Women’s section the teams from Russia and Georgia have clearly distinguished themselves from the rest of the field.

Russia had no trouble to defeat Italy by 3-1, while Georgia crashed Spain 4-0. Russia is first with 13 match points, Georgia is second with 12 points, while the chasing group is full two points behind. 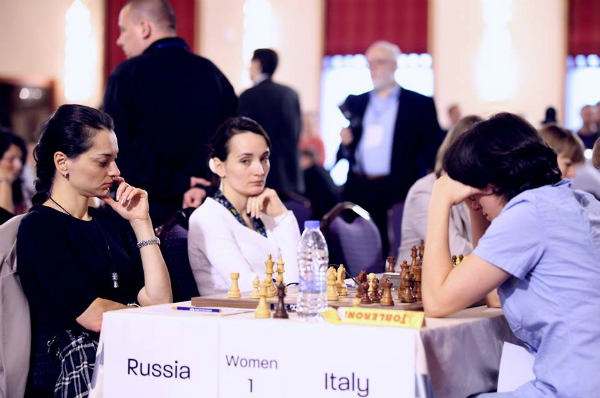 Turkey made a significant progress by beating France 3-1. Czech Republic recorded the same win against Greece 1.

More information in the relevant sections of the official website. Photos by Anastasya Karlovich and Niki Riga. 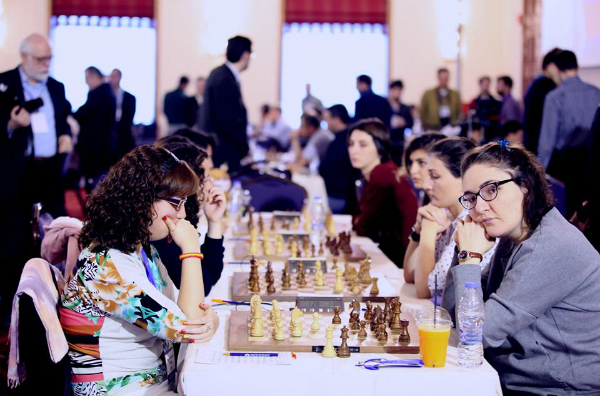 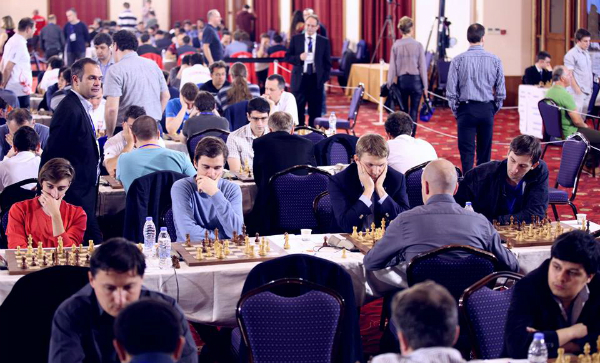