In the Dubai Museum of History an agreement between FIDE, Asian Chess Federation and the Dubai Sports Council was signed on the subject of the sponsor rights transfer for the organization of the Asian Cities Team Championship (Dubai Cup) to the Dubai municipality.

It is expected that the sports authorities of the city will provide 125,000 USD for the prize fund of a series of five future tournaments during a period of ten years, which will be organized in various Asian cities decided by the Asian Chess Federation. 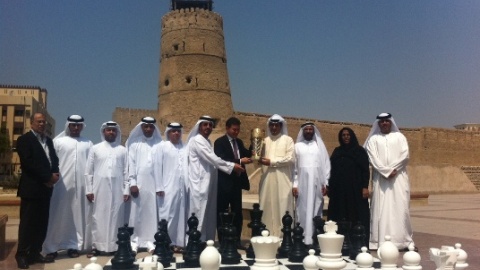 Before signing of the Agreement, the FIDE President has acquainted himself with an exposition of the Dubai Museum of History.

Also the FIDE President attended the 1st Arab Elite Chess Championship 2011. The best representatives of each Arab country gathered there – among them GM Adly Ahmed of Egypt, the former Youth World Champion, GM Mohammed Al-Modiakhi of Qatar, four times winner of the Arab Chess Championship and also the Player of the Century award winner, GM Salem A.R. Saleh – the leading chess player of UAE, the Asian and Arab Champion and others. 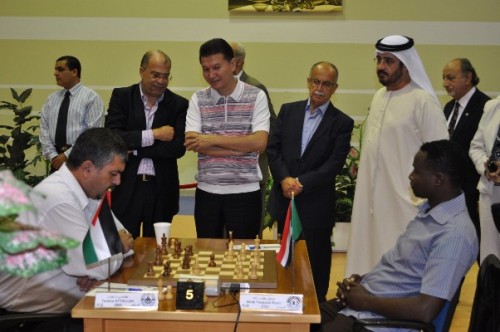