A FIDE Seminar for International Organizers was held from 27th to 29th March in Hammamet, Tunisia by the Tunisian Chess Federation under the auspice of the EVE commission, the African Chess Confederation and the Arab Chess Union.

The objective of the Seminar was to educate and certify Organizers on an international basis. Successful Seminar attendees receive a FIDE IO Norm necessary for the FIDE IO title application. The goal was also to teach participants to look for and operate with autonomy diffuse information in the Handbook, the Fide Organizers Manual and the decisions of the EVE (Fide Events Commission) and other Commissions.

The Fide Lecturer was IO, IA & FT Bechir MESSAOUDI, Technical Director of the Tunisian Chess Federation and the Assistant Lecturer was IO, FT,FA & FM Jawhar Ben Fredj, Vice- President of the TCF. The lectures and the exam were in English with translation to Arabic. 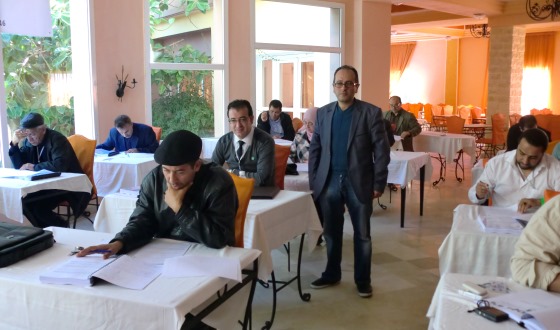 24 participants from 3 federations (Libya, Tunisia and Algeria) attended the Seminar but 17 took the test successfully and will get the FIDE IO Norm: 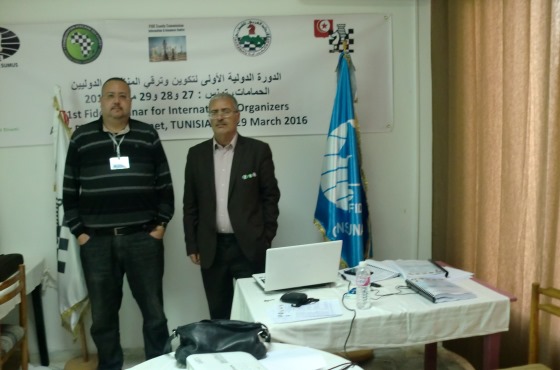 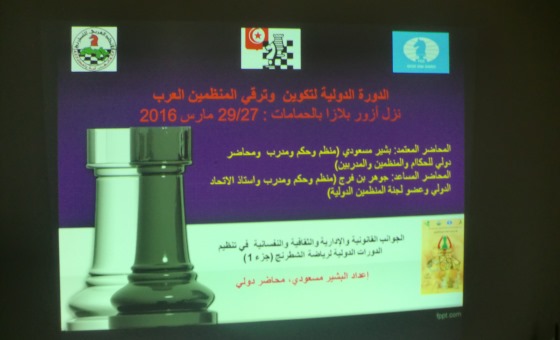