The FIDE Trainers’ Commission held its Annual Summit for 2015 in Sharjah, United Arab Emirates. In previous years the Summit was held in Washington DC (United States of America – 2013) and in Barcelona (Spain – 2014).

In the morning of Thursday, 29.01.2015, in the Sharjah Cultural & Chess Club, the Meeting of the Commission took place. 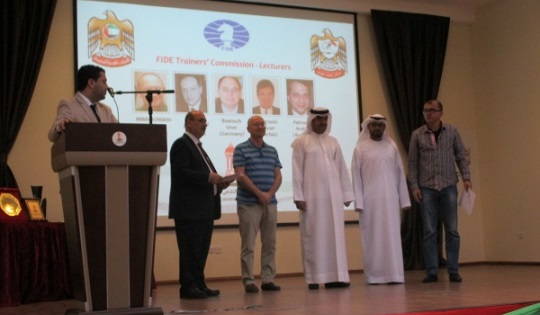