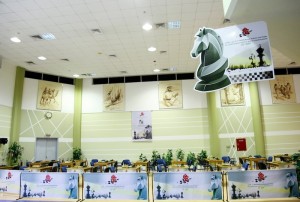 The first seeded according to rapid ratings Hikaru Nakamura picked the black color for the World Rapid competition. See the full pairings below.

Games start at 13:00 CET and will be live with analysis at Chessdom 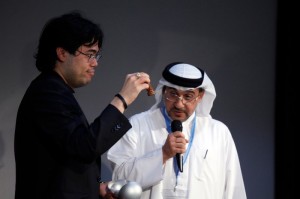 (photos by A. Karlovich)

At the start of the ceremony Mr. Khaled Zayed expressed his sincere appreciation to Sheikh Hamdan bin Rashid Al Maktoum, Crown Prince of Dubai, for sponsoring this great event. In addition he expressed his gratitude to Dubai Sports Council and Dubai Municipality for playing a vital role in organizing these tournaments. Mr. Khaled Zayed welcomed the participants from 46 countries and wished them success in the tournament. He was happy to see the top-class players, who travelled to Dubai to take part in the FIDE World Rapid and Blitz Championships.

The Chief-arbiter of the tournament IA Abdul Rahim Magdi conducted the ceremony of drawing of lots. The top rated player in rapid and blitz, Hikaru Nakamura was proposed to choose one of two boxes with black and white kings inside. He will start the first round of the World Rapid Championship with Black pieces and it means that all participants with odd numbers will have Black for the first round as well. The second attempt, Hikaru selected a white king and it means he will play with White pieces in the first game of the World Blitz Championship.

It looked quite unusual to see Hikaru Nakamura at the stage conducting the procedure of drawing of lots, while World Champion Magnus Carlsen, seeded 4th in rapid and blitz, remained sited on his chair next to Vishwanathan Anand.
“It feels strange not to be number one by rating, it bothers me a bit and I’m going to change it”, said Magnus after the end of the official ceremony. 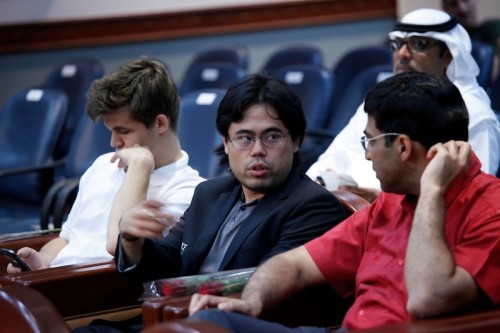 The current World Rapid Champion Shakhriyar Mamedyarov didn’t look same optimistic: “After our tournament in Shamkir  I cannot say anything concrete about my mood or my shape. I can only say it’s going to be difficult to defend my title but in any case I have to work on it”.

Le Quang Liem, the current World Blitz Champion also shared his feelings before the start of the tournament: “For sure it will be challenging and very difficult to defend my title because there are much stronger players in this tournament compared to last year.  I’m feeling very excited before the tournament and I hope to perform well. I tried to get myself into a good shape and I played some training games.” 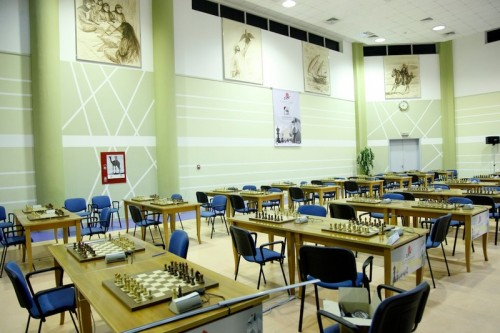 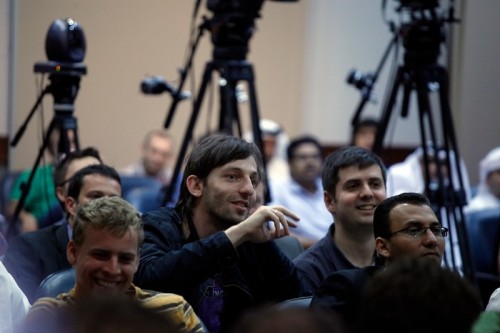 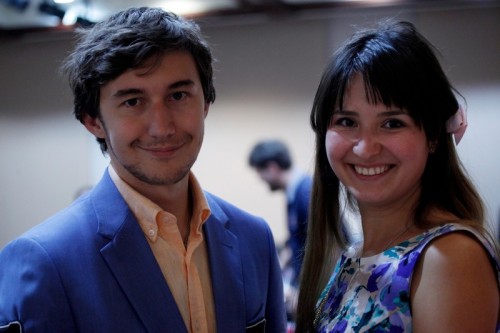