This event will take place from Friday 17 August to Monday 20 August 2012.

Competitors will arrive on 16 August and depart on 21 August (five nights’ stay). The event will be run under the auspices of the English Chess Federation.

The Gibraltar Junior International Chess Festival takes place in August each year. The venue is the Caleta Hotel and follows the successful pattern of the Tradewise Gibraltar Chess Festival, offering some good and very competitive chess-playing opportunities with an equally strong social, fun and educational programme. 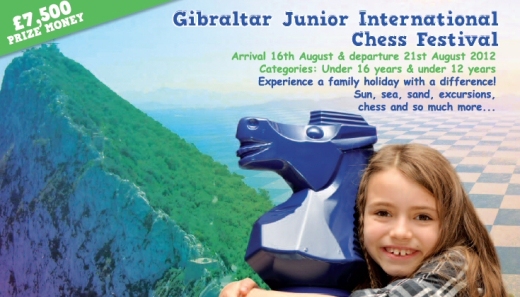