The Mayor said he was very impressed with the organisation, the large numbers and the quality of the players involved in the tournament.

Admitting he knew very little about the game of chess, he commented: “It has been an eye-opener for me and it is all very impressive. You can see that a lot of people are putting in a lot of effort.” 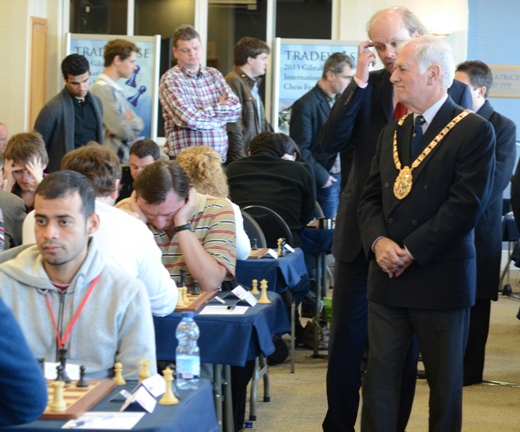 He believed the moves being made to further expand chess on the Rock at a local level could only be a good thing for Gibraltar and the festival in the long term.

Mayor Lima met with arbiter Laurent Freyd who together with Mr Conquest showed him round the main hall where the players were already making their moves in the second round of the competition.

He also moved downstairs to see the only Gibraltarian participating in the Gibraltar Masters Stephen Whatley in his game and took a few minutes in the broadcast suite to catch up with the analysis of the games by presenters Simon Williams and Irina Krush as well as being show a move or two on an ipad chess board. 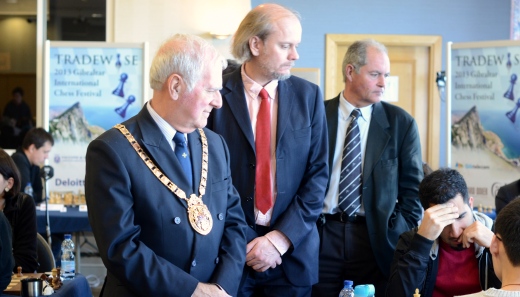