22 players participated; Jose Cubas finished first with an unbeaten score of 6 points in 6 games, the second place went to Ramon Gamarra. The third place went to Brazilian Rafael Duje. These three players each received a trophy and other prizes.

The Secretary of the Association started the opening, and highlighted the presence of José Cubas in the competition; he expressed great satisfaction at having Cubas as one of the greatest chess exponents in Paraguay and abroad, always leaving his Grand Master mark in every competition. 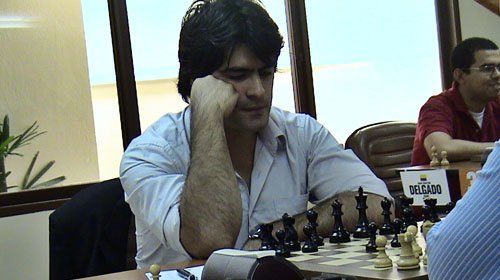 Jose Cubas, with his example, is an inspiration to all, putting Paraguayan chess in the map and winning several tournaments internationally against elite players.

Cubas also spoke, mentioning that he’s happy with the presence of so many young boys and girls at the event. He mentioned that he would do his best and will try everything that’s in his power to improve the sport in our country.

Then, the professor Pérez Ferloni, who is dedicated to prepare children and young people to improve their chess, promised several tournaments in Ciudad del Este for the Tenth Anniversary of the Chess School Ferloni.