The venue was the prestigious Circolo Canottieri Aniene in Rome, Italy, made available by its president, Giovanni Malago, who is also the president of the Italian Olympic Committee.

The event was the culmination of the massive qualification process in which more than 300 female players from 39 countries took part. 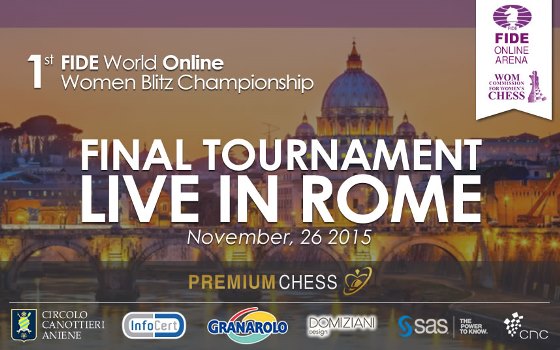 Unlike the last stage of the championship, the qualifying phases did not require the participants’ presence in a specific place and the games took place on the FIDE online Arena platform hosted on the web address: http://arena.myfide.net/ starting from June 18th 2015.

The setting allowed the players from all over the world to compete in the official FIDE event without having the spendings associated with the airfare and hotels. 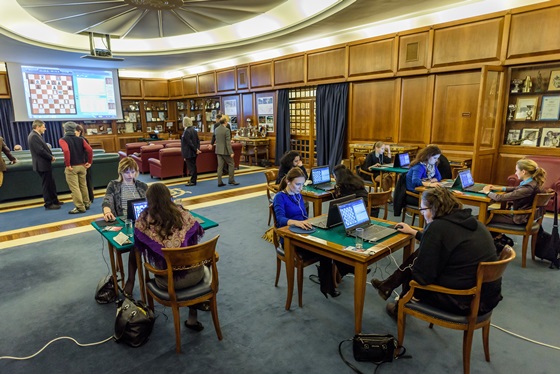 For the final event the players were present in the same playing hall for the big chess celebration. Nevertheless, they played their games on the computer’s screen, as in any online event. The final was an 18-round double round-robin tournament, with the time control 3’+2” and prizes of 3000, 2000 and 1000 euro for the medalists, respectively.

This was a historic championship, being the first online sport competition ever recognized by the Olympic Committee, with the respective assigning of a World Title!

The fight for the medals mainly involved the following players (in the order of their final position): Harika Dronavalli (handle Elegance on the online Arena platform, 13,5 points), Nana Dzagnidze (nanuchka, also 13,5 points but with an inferior tie-break) and Aleksandra Kosteniuk (AleksandraK 12 points). 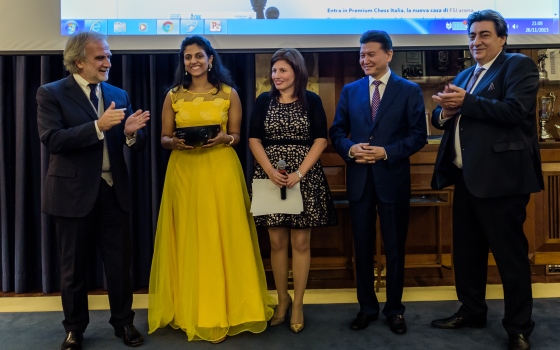 The winner of the 1st FIDE World Online Women Blitz Championship, Harika Dronavalli confessed that her chess motto is: “When winning: never ever relax! When losing: never ever give up!”

In the first half of the tournament, Nana Dzagnidze was in the lead, but had to face the assault of the eventual champion, while Aleksandra Kosteniuk’s high performance could have been predicted after having defeated the likes of Carlsen and Kramnik in blitz.

Shared 1st, with an excellent 13.5-18 but an inferior tie-break – Nana Dzagnidze

The event was organized by Premium Chess – a company that developed the internet platform used by FIDE and 75 national federations to play games online in an entertaining yet secure atmosphere, “making the Virtual real”, as their motto synthesizes. 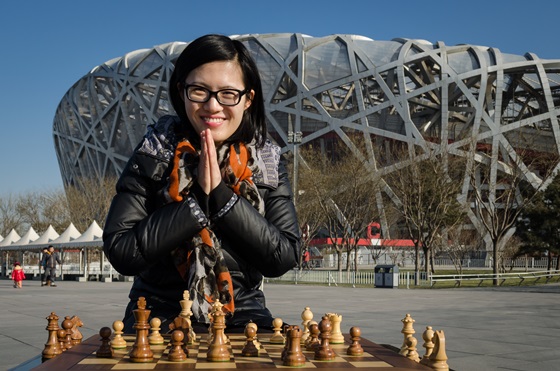 For their ambitious goals, severe anti-cheating measures had to be taken and for obvious reasons their secrets cannot be disclosed entirely. The basic principle is that a competitor’s way of playing is his (or her) DNA, which can be checked, measured, compared by the team of mathematicians and logicians. Whenever something unusual happens, it remains in one’s personal record, so that no player using unorthodox methods will be able escaping sanctions for long. 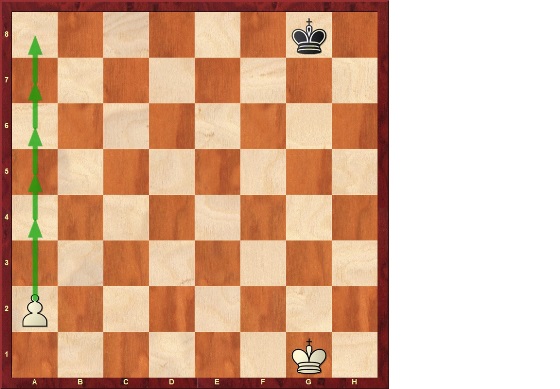 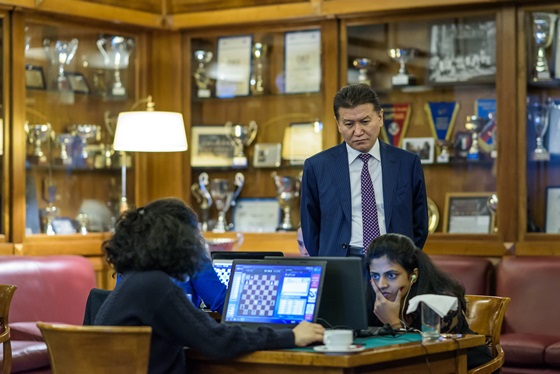 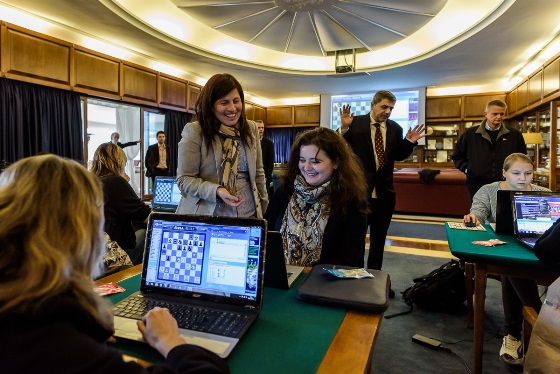 Chess is an intense game but fun to play too

News and photos by Alina l’Ami