Although the world’s 7th ranked player gave up 2 draws and finished with 4 points behind GM Julio Sadorra and GM Bartlomiej Macieja, the 2013 Houston Open will be remembered for Mr. Nakamura’s totally unexpected appearance.

The event was held at the Marriott North in Houston, Texas, USA on July 19-21. The 5 round Swiss system tournament had 4 GMs and 1 IM in the Open section with Super GM Hikaru Nakamura as the top seed. He is the top rated player in the USA. Both GMs who shared first place drew with Nakamura on Sunday.

While I was putting out the board numbers early Friday evening on July 19th a chess player with entered the tournament hall and began talking rapidly. I couldn’t understand what he was saying. He mentioned that he recognized a super grand master from Chess Life. He was very excited and didn’t stay in the playing hall long. 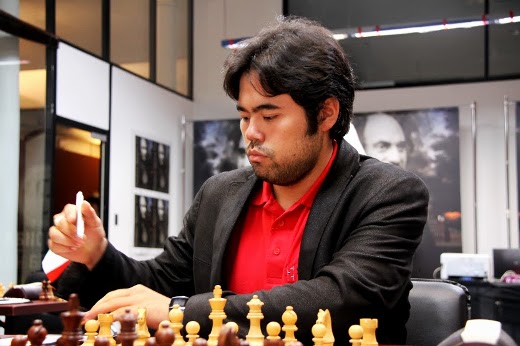 After the board numbers were put into place I left the hall and headed towards the registration table. Kory Kormick who was taking registrations, smiled at me and held up a name tent, “look who just registered!” I couldn’t believe my eyes. GM Hikaru Nakamura! Now I understood why the gentlemen I met earlier was so excited.

Nakamura played in the Friday night round which was the first round of the 3-day option. After the pairings were posted and players began walking to their boards I noticed many smiling faces. Nobody knew in advance that this special guess was going to play.

The hotel was abuzz as the word spread that Nakamura was in the house. I’m sure Twitter and Facebook were also buzzing as the news spread through the Houston area. Players were excited Saturday morning as they scurried around the hotel.

Korey was still taking entries by phone at noon on Saturday during the first round of the 2-day option. Players were requesting a half point bye for the first round and said they would definitely arrive by 2 pm for the second round. The final count for the tournament was 184 entries. All sections were in the same playing hall, it was a packed house! 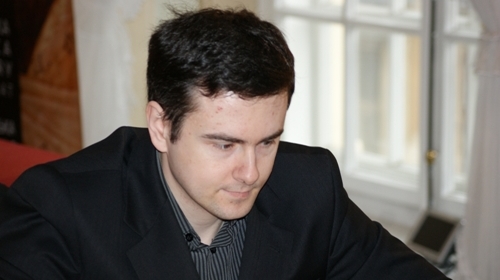 At one point on board one Hikaru had one hour and 10 minutes on his clock while his opponent had less than two minutes. Still, the game ended in a draw. On board two GM Sadorra defeated GM Bakre.