The Indian remains the only player with a perfect six-of-six slate, half a point ahead of third-seed FM Mohammad Fahad Rahman of Bangladesh and a full point ahead of four players that include Matviishen and the resurging Sultan Al-Zaabi of the UAE. 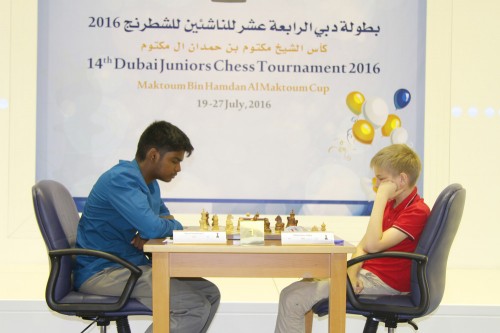 Playing the white pieces, Srivatshav deployed the London System and put Matviishen immediately under pressure with a strong grip on the dark squares and space advantage in the queenside. The Ukrainian sensibly responded by attacking the centre, but he also carelessly opened the a-file half a dozen moves later, which allowed white’s rook to penetrate the seventh rank and harass the black king.

Inaccuracies by the Indian allowed Matviishen to stay in the game, but the Ukrainian blundered anew on the 33rd move, and although the Indian missed a decisive tactic on the next move, the outcome was beyond doubt after Srivatshav liquidated to a winning endgame.

Rahman had to defend a difficult position right from the opening against fifth-seed Kazybek Umbetov of Kazakshtan after the Bangladeshi’s reckless pawn moves seriously weakened his kingside. Umbetov, however, failed to sustain the pressure as the two players agreed to a draw on the 30th move after a series of exchanges. Umbetov dropped to a share of third place with five points.

Sultan Al-Zaabi employed the Grunfeld Defence and enjoyed a slight edge right out of the opening against compatriot Sultan Al Darmaky, but a tactical miscalculation on the 16th move allowed Al Darmaky to wrest a significant material advantage. Al Darmaky, however, committed a serious tactical error of his own on the 26th move that prompted resignation on the next move.

Also with five points was fourth-seed Ahmad Ahmadzada of Azerbaijan, who defeated India’s Sidharth Balaji Sridharan in just 25 moves of a Sicilian Defence after a tactical oversight resulted in the Indian losing his queen in the middlegame.

The tournament resumes with the seventh round on Sunday at 5:30pm with Srivatshav trying to protect his precarious lead against Rahman. Matviishen will take on Al-Zaabi on second board.

A total of 110 players from 12 countries are taking part in the nine-round Swiss system tournament, which offers a total prize fund of US$10,000, with US$2,000 and the Sheikh Maktoum Bin Hamdan Al Maktoum Cup going to the champion. The top 10 winners of the tournament will receive cash prizes, along with the best Emirati and Dubai Chess Club players. 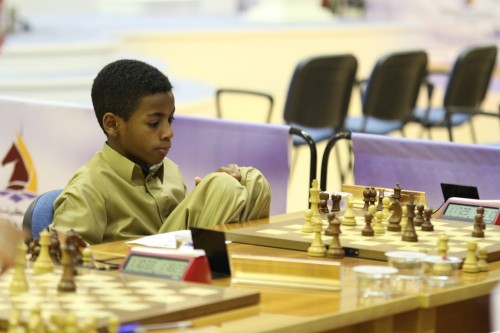 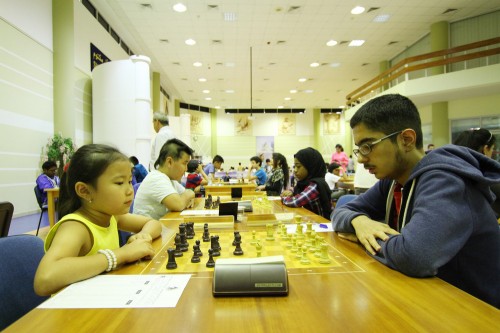 Top 10 standings after round 6