A chess administrator par excellence, Mr D V Sundar, Vice President, FIDE has been doing yeomen service to chess in India and Asia for the past three decades. The icing in the cake, was the hugely successful organization of the FIDE World Championship Match 2013 between Viswanathan Anand and Magnus Carlsen in Chennai last November.

Excerpts of his interview to Goran Urosevic:

– Khanty-Mansiysk is turning out as the city for chess. All of us know Russia is the cradle for chess and it is so nice Khanty-Mansiysk welcomes chess in a very big way. I was here in 2010 & 2012, the amount of money and heart they put into organisng big events, the Government and people behind, makes chess one great sport of Khanty-Mansiysk. The organisation is excellent here. 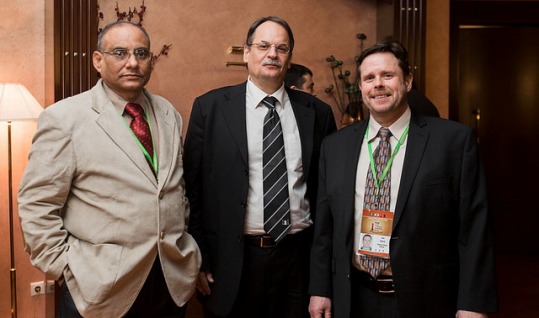 On Chennai as a chess destination

– Chennai is the Mecca of Indian chess. It is where Viswanathan Anand hails from. Rightfully FIDE World Championship Match 2013 was in organized Chennai the capital of the state of Tamil Nadu. No one in India believed we could host such an event and we thank FIDE for allotting it to us. More than anything we have a sport loving Chief Minister J Jayalalithaa. She allotted nearly 6.5 million for this match in Chennai, which turned out a fantastic success in terms of publicity.

We had 14 different tournaments as a part of the celebration of FIDE World Championship Match 2013, enabling people from all over the world to come, watch and enjoy the event, which turned out to be a great success. The world championship was telecast LIVE 5 hours daily, the first time by a national broadcaster. We also had the apps, when people could follow the match through phone, We had many servers, planned meticulously for nearly four months and it was a great show

– I can just put it this way, normally for the weekend chess tournaments in Chennai we receive around 400 to 500 entries, On 23rd Feb, 2014 we had a lightning tournament in celebration of the birthday of Chief Minister of Tamil Nadu J Jayalalithaa, where we had more than 1000 entries, It tells about the impact of hosting a world championship with chess becoming a mass sport in India. New children are joining and parents are thinking chess as a better alternative compared to big games like cricket, hockey, football or basketball.

– Our dream is to have Olympiad in India. We have a wonderful place to host the event in Chennai and we are looking forward to the day when India will host the Olympiad.

Thanks to Mr Vasudevan R R for his kind assistance